My dad called me yesterday to tell me about the passing of our old friend Arthur Smith. I have known and worked with Arthur Smith for around twenty years. We met Arthur through performing together, although we had seen him on TV and heard him on radio since we were kids. After performing together at a tribute to George Beverly Shea, Arthur invited us to record at his studio in Charlotte. We recorded several CDs with Arthur, and joined him on 8 episodes of "Arthur Smith, Now and Then" on UNC Public Television and also a Christmas Special. During that time, we grew to love and appreciate Arthur. In addition to writing iconic tunes such as "Guitar Boogie" and "Dueling Banjos," he was a Sunday School teacher at his church, and wrote some wonderful gospel tunes that we recorded such as "The Fourth Man," "Acres of Diamonds," and "I Saw a Man."

Here is an OLD (September 1999) photo of me with Arthur on the set of his UNC-TV Christmas Special. We loved Arthur and will miss him a lot. 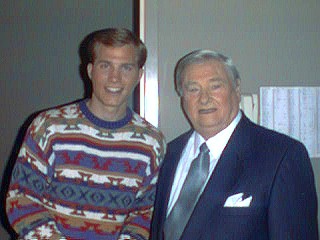 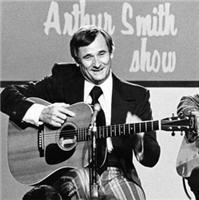