This is an online fiddle lesson for the old time tune "Breakin' Up Christmas."

Video #1: Here is a video of me performing the old time tune "Breakin' Up Christmas." 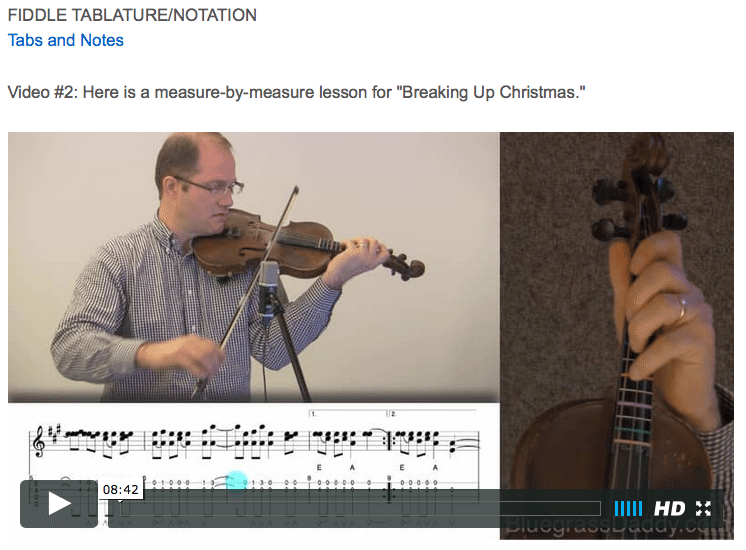 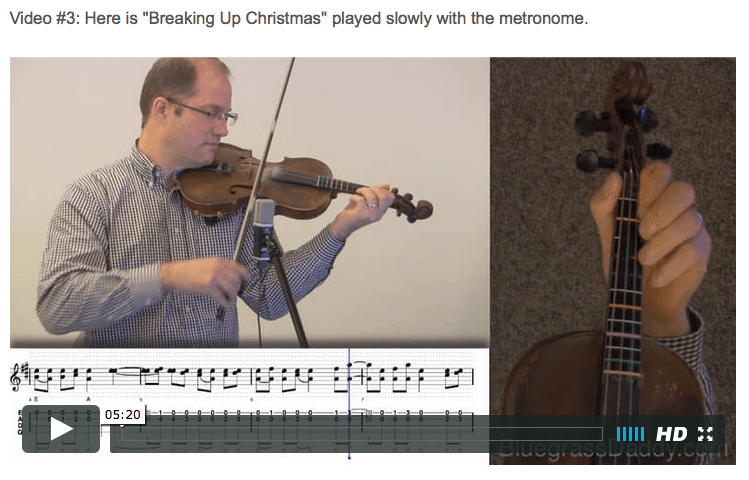 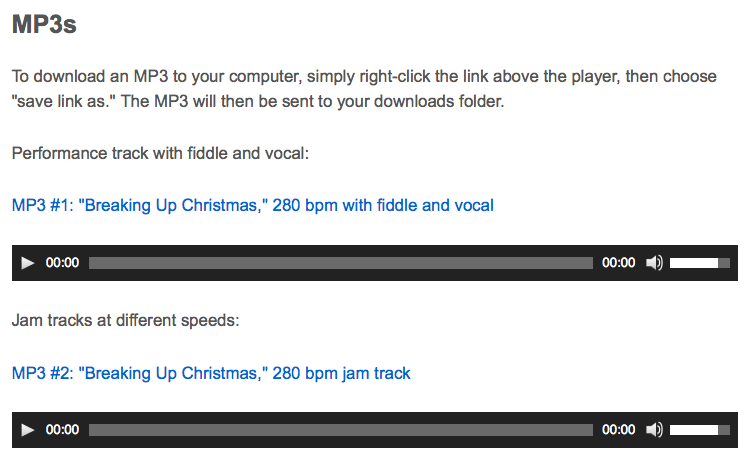 "Breakin’ Up Christmas" is both the name for 12 days of partying, dancing, and music making ending up on January 6th, Old Christmas day, and also a song sung during that period. The tradition harks from the area that roughly includes Surry County NC, nearby Grayson and Carroll counties in VA, and the independent city of Galax located between the two.

The tune itself is not of great antiquity. It may have been composed by Preston ‘Pet’ McKinney, a fiddler and Civil War veteran from Lambsburg, VA. Mt. Airy, NC fiddler Tommy Jarrell, a 1982 NEA National Heritage Fellowship recipient strongly associated with this song, cited McKinney as one of his early influences.

Whether McKinney was the actual author of Breakin’ Up Christmas or not, there’s a reason the song can be distinctly pinpointed to the tri-county area. During rainy periods, that region’s roads, made mostly of red clay with no gravel, historically became so muddy that wagon wheels would sink in up to their axles. This made travel during inclement parts of the year either difficult or impossible.

New tunes only slowly made their way into the area, often by visitors or because a community member made a trip outside of his locality. Even so, as a tune bounced back and forth over the mountains between North Carolina and Virginia, local musicians might give it a different name, speed it up, add a new twist, and come up with a ‘souped-up’ version.

“Through this country here, they’d go from house to house almost – have a dance at one house, then go off to the next one the following night and all such as that. The week before Christmas and the week after, that’s when the big time was. About a two-week period, usually winding up about New Year. I wasn’t into any of this, but used to laugh about it. They’d play a tune called Breakin’ Up Christmas, that was the last dance they’d have on Christmas, they’d have Wallace Spanger play Breakin’ Up Christmas. There’s an old feller by the name of Bozwell, he’d cry every time.”