I just want to give a shout out to our old friend Wayne Henderson. (You can see him at the table in my Thumb-Pickers entry a few posts down.) My brother Ben is especially proud of the Henderson Guitar that he won at Wayne's guitar contest at Grayson Virginia, and there is a film documentary and book about him called "Clapton's Guitar." Well, I just found out that “Clapton’s Guitar: Watching Wayne Henderson Build the Perfect Instrument” has been selected for the 2014 Summer Reading Program at Appalachian State University. As such, Wayne will be speaking at Appalachian State's Convocation ceremony on September 4th! 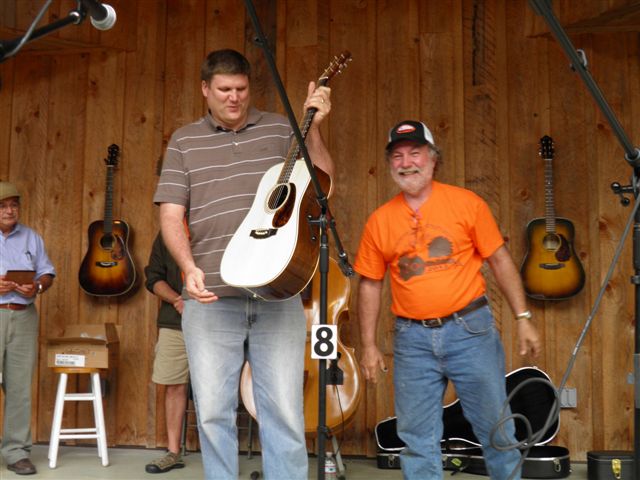