This is an online fiddle lesson for the tune "Cumberland Gap."
This lesson is by special request for my friend Alan.

The song's title refers to the Cumberland Gap, a mountain pass in the Appalachian Mountains at the juncture of the states of Tennessee, Virginia, and Kentucky.

Video #1: Here is a video of me performing the beginner version based on the 2nd South Carolina String Band's "Cumberland Gap." Their lyrics are based on the less politically correct 1931 Harvey H. Fusion lyrics. Their version is also compressed, fitting two verses into one. I borrowed from both versions, and used the 1913 refrain.

Refrain:
Lay down boys, let's take a little nap... (x3)
There's going to be trouble in the Cumberland Gap

Verses:
Cumberland Gap with its cliffs and rocks.
Home of the panther, bear, and fox.
First white man in Cumberland Gap
Was doctor Walker, an English chap.

They spiked Long Tom on the mountain top,
And over the cliffs they let him drop
They burn the hay, the meal, and the meat
And left the rebels with nothing to eat 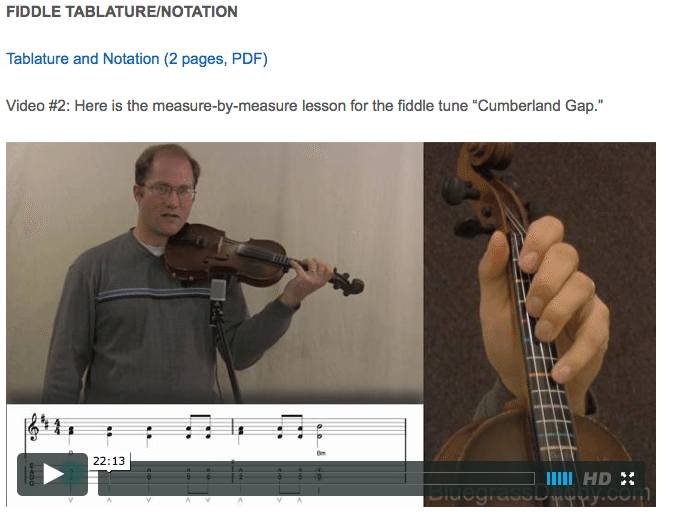 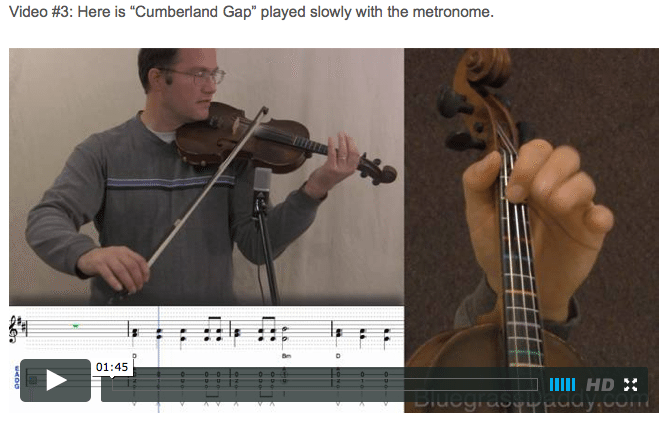 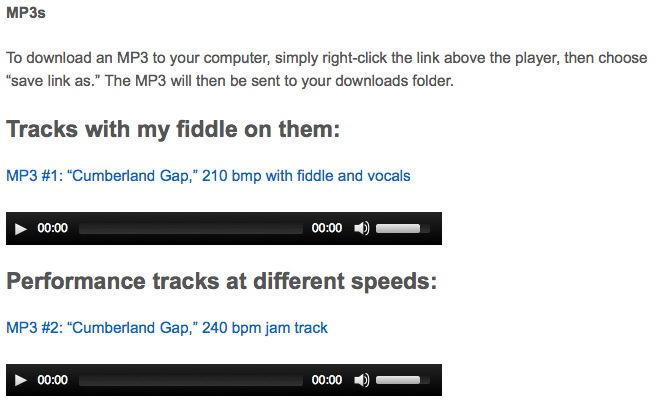 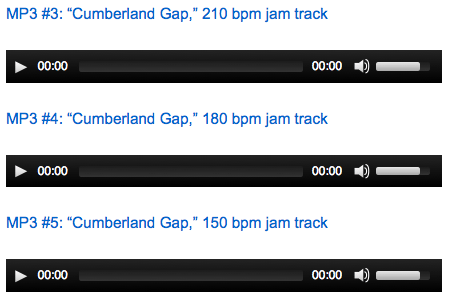 "Cumberland Gap" is an Appalachian folk song that likely dates to the latter half of the 19th century. The song is typically played on banjo or fiddle, and well-known versions of the song include instrumental versions as well as versions with lyrics. A version of the song appeared in the 1934 book, American Ballads and Folk Songs, by folk song collector John Lomax.

One of the earliest references to "Cumberland Gap" (the song) was published by author Horace Kephart (1862–1931) in his 1913 book, Our Southern Highlanders. Kephart recalled taking part in a bear hunt that took place circa 1904–1906 in the Great Smoky Mountains. While waiting for weather conditions to improve, members of the hunting party sang "ballets" to pass the time. Kephart transcribed the opening stanzas to several of these songs, including a version of "Cumberland Gap" sung by Hazel Creek bear hunter "Little John" Cable:

"L-a-a-ay down boys,
Le's take a nap:
Thar's goin' to be trouble
In the Cumberland Gap"

Kephart simply wrote that the song was of "modern and local origin." The lyrics could indicate that the song references the year-long back-and-forth struggle for control of the Cumberland between Union and Confederate armies engaged in a year-long back-and-forth struggle for control of the gap. Kentucky ballad collector H. H. Fuson published a lengthy version of "Cumberland Gap" in 1931, with the first three lines in the opening stanza reading "Lay down, boys, an' take a little nap," somewhat echoing the lyrics transcribed by Kephart. Fuson's version also mentions key historical events in the Cumberland Gap's pioneer period and the battle for control of the gap during the Civil War.

The earliest known recording of "Cumberland Gap" was a 1924 instrumental version by Tennessee fiddler Ambrose G. "Uncle Am" Stuart (1853–1926). Fiddle-and-guitar duo Gid Tanner and Riley Puckett recorded the song a few months after Stuart's recording, and would re-record the song again in 1926 with their band, the Skillet Lickers. Tanner's lyrics bear little resemblance to Fuson's, although Tanner's chorus uses the line "Me and my wife and my wife's pap," which resembles a line in one of Fuson's stanzas.

In May 1925, at the now-legendary Fiddlers' Convention in Mountain City, Tennessee, fiddler G. B. Grayson won first prize (although accounts vary) with his rendering of "Cumberland Gap," ousting rivals Stuart, Charlie Bowman, and Fiddlin' John Carson. Bluegrass banjoist Earl Scruggs delivered a memorable performance of "Cumberland Gap" at the Newport Folk Festival in 1959. The song has since been recorded and performed by dozens of bluegrass, country, and folk musicians, including the 2nd South Carolina String Band's rendition with Civil War-style lyrics.

The first known recording of "Cumberland Gap" played by Uncle Am Stuart: