Fire on the Mountain

This is an online fiddle lesson for the tune "Fire on the Mountain."

Video #1: Here is a video of me performing the beginner version of the fiddle tune "Fire on the Mountain." 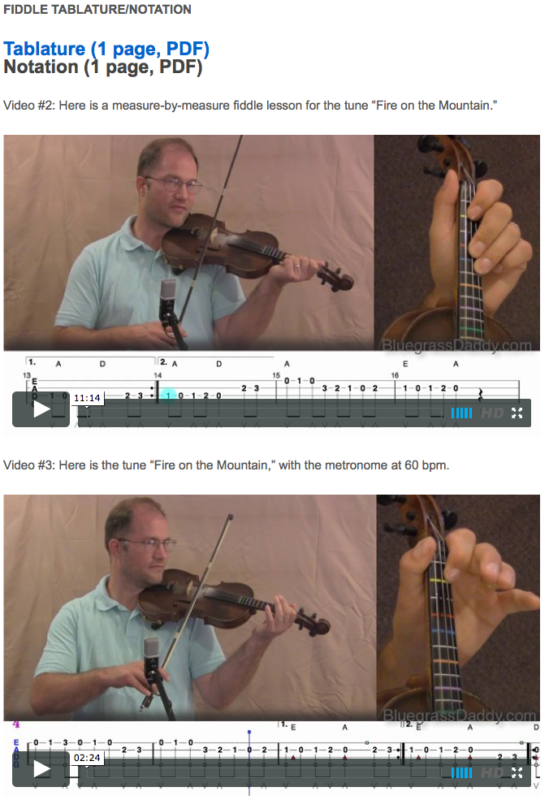 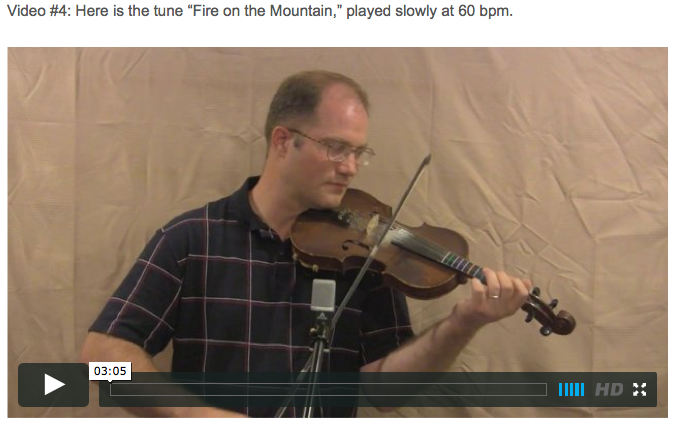 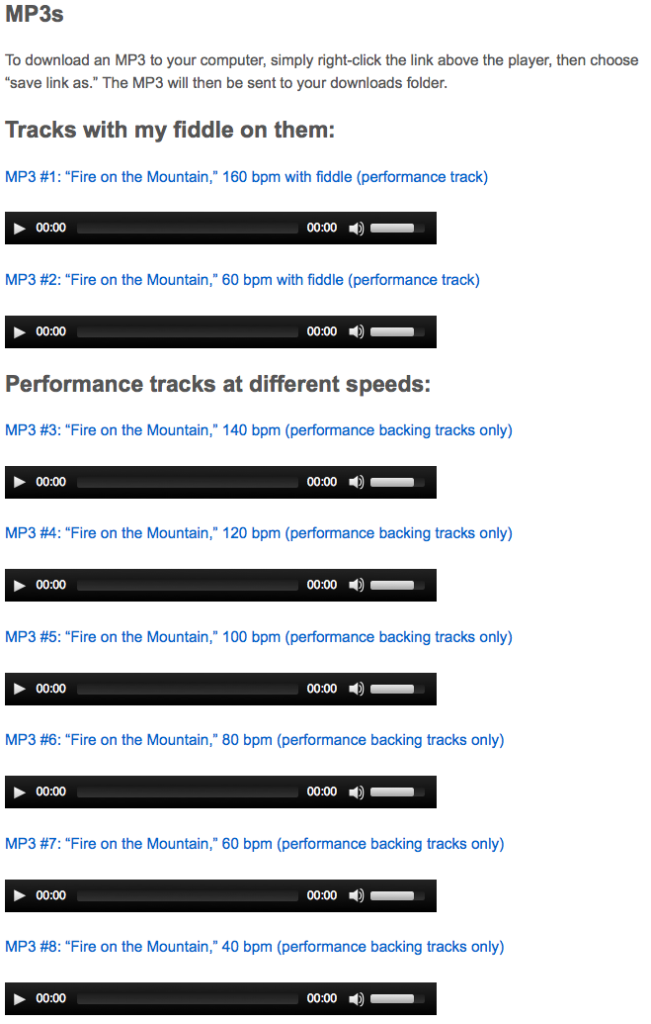 "Fire on the Mountain,"  also know as "Betty Martin," Pretty Betty Martin," Hog Eye," "Sambo," "Ten Little Indians," and "Tip Toe Fine," is a popular American fiddle tune that has numerous variants (some quite distanced from each other) and is widely disseminated throughout the South and Midwest. It is typically played at breakneck speed, giving rise to popular folklore for the origins of the title: i.e. the fiddler plays so fast the fiddle catches on fire and lights up the woods (Lowinger, 1974). The title may be Celtic in origin: Scottish clans often used blazing bonfires on Highland hills as gathering signals.

Krassen (1973) notes his 'B' part has similarities with a 78 RPM recording of Pope's Arkansas Mountaineers' "Hog-eyed Man," and Bayard (1981) also recognizes the similarity between the second parts of the same tunes, though a closer match to "Fire On the Mountain" he believes to be "Betty Martin," which is "reminiscent all through." Guthrie Meade (1980) links the Kentucky version of the tune (which also goes by the name "Big Nosed Hornpipe") to the "Sally Goodin" family of melodies.  "It has been suggested that the tune originated from eastern European migrants, some of whom made commercial recordings in New York in the early part of the 20th century," says Mike Yates (2002). Winston Wilkinson, in the Southern Folklore Quarterly (vol. vi, I, March, 1942), gives a bar-for-bar comparison of the tune with a Norse 'halling' tune, set by the Norwegian composer Greig and published in Copenhagen in 1875 (Norges Melodier, 1875 & 1922, iv, p. 72). The tunes are so close as to be almost certainly cognate. Jeff Titon (2001), picking up this theme, speculates that the various related "Fire on the Mountain" tunes may have resulted from the influence of influential Norwegian fiddler Ole Bull, who toured the United States extensively in the 19th century.

Wilkinson's version of "Fire on the Mountain" collected from Albermarle County, Va., fiddler "Uncle Jim" Chisholm is similar to Glen Lyn, Va., fiddler Henry Reed's version. Bayard records the tune's earliest American publication date is 1814 or 1815 in Riley's Flute Melodys (where it appears as "Free on the Mountains"), and as "I Betty Martin" in A. Shattuck's Book, a fiddler's manuscript book dating from around 1801. Mike Yates (2002) summarizes that "'Fire on the Mountain(s)' is one of a broad family of early 18th century (or earlier) tunes that shades into one another and are as old as 'Hey Betty Martin, Tip Toe.'"

The piece was recorded in the early 1940's from Ozark Mountain fiddlers by musicologist/folklorist Vance Randolph for the Library of Congress. It is on Missouri fiddler Charlie Walden's list of '100 essential Missouri fiddle tunes'. Lowe Stokes (1898-1983), one of the north Georgia band 'The Skillet Lickers' fiddlers, remembered it as having been fiddled by his father. The Red Headed Fiddlers, A.L 'Red' Steeley and J.W. 'Red' Graham, recorded the tune in 1929, titled by the recording engineers as "Far in the Mountain"-evidently they were from the North and could not recognize the correct title when pronounced with Southern accents.

Verses are sometimes sung to the melody, especially in the variants by other names such as "Betty Martin," "Ten Little Indians," "Pretty Betty Martin" and "Hog-eye." Wilkinson (1942) says that the following verse made its way into some editions of Mother Goose [see Mother Goose's Quarto, Boston, 1825]: