This is an online fiddle lesson for the country ballad "Long Black Veil."

Video #1: Here is a video of me playing the country song "Long Black Veil." 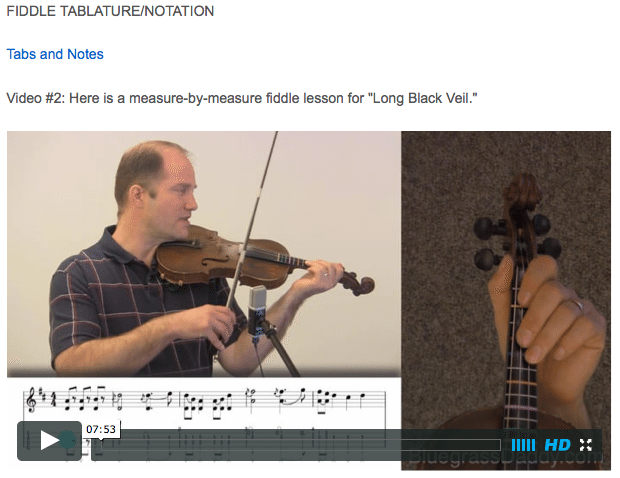 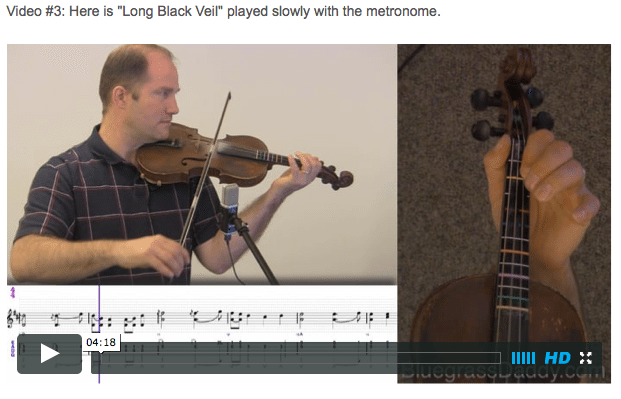 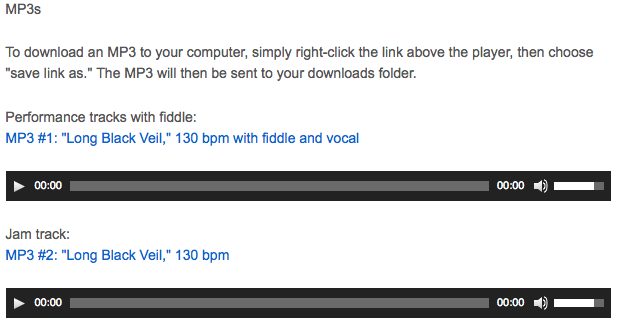 "Long Black Veil" is a 1959 country ballad, written by Danny Dill and Marijohn Wilkin and originally recorded by Lefty Frizzell. The writers stated that they drew on three sources for their inspiration: Red Foley's recording of "God Walks These Hills With Me", a contemporary newspaper report about the unsolved murder of a priest, and the legend of a mysterious veiled woman who regularly visited Rudolph Valentino's grave. Dill himself called it an "instant folksong."

Interestingly, the Fifth Circuit Court of Appeals referred to the song in the case United States v. Dayton, 604 F.2d 931, 935 n.3 (5th Cir. 1979). This case concerned the proper procedures trial court judges must take when accepting a guilty plea, and identified "the two most dangerous" pitfalls of a guilty plea as coerced pleas and ignorant pleas. In describing a modification made to Rule 11 of the Federal Rules of Criminal Procedure, which governs acceptance of pleas, the court explained that the change required that "the defendant be made aware of what might happen as a result of his plea, and that the court be satisfied that a factual basis existed for it." It dropped a footnote at this point which stated, "This change was doubtless effected to avoid such circumstances as are recounted in 'The Long Black Veil.'"

Recorded in Nashville in 1959 by Lefty Frizzell and produced by Don Law, the single reached No. 6 on Billboard Hot C&W Sides chart. In the process, the song became Frizzell's best-performing single in five years.