This is an online fiddle lesson for the hymn "Morning Has Broken" by Eleanor Farjeon.  This song is for my friend Tom Howell.

Video #1: Here is a video of me performing the fiddle tune "Morning Has Broken." 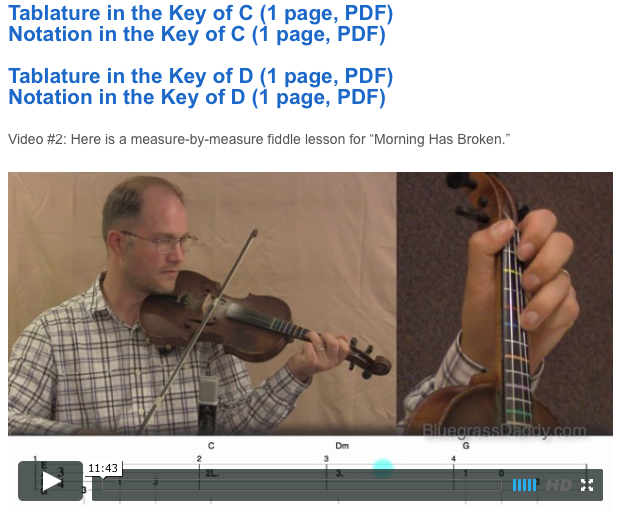 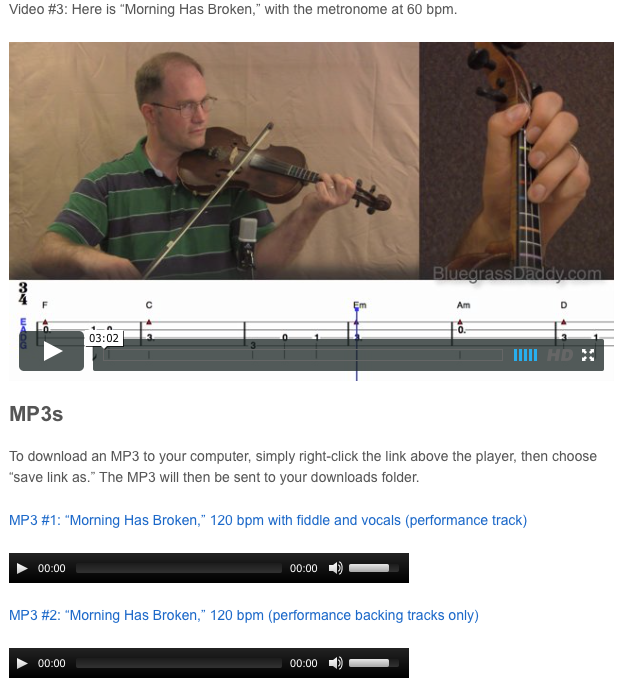 "Morning Has Broken" is a popular and well-known Christian hymn first published in 1931. It has words by English author Eleanor Farjeon and is set to a traditional Scottish Gaelic tune known as "Bunessan" (it shares this tune with the 19th century Christmas Carol "Child in the Manger"). It is often sung in children's services. English pop musician and folk singer Cat Stevens (known as Yusuf Islam since 1978) included a version on his 1971 album Teaser and the Firecat. The song became identified with Stevens when it reached number six on the US Billboard Hot 100 and number one on the US easy listening chart in 1972.

The hymn originally appeared in the second edition of Songs of Praise (published in 1931), to the tune "Bunessan", composed in the Scottish Highlands. In Songs of Praise Discussed, the editor, Percy Dearmer, explains that as there was need for a hymn to give thanks for each day, English poet and children's author Eleanor Farjeon had been "asked to make a poem to fit the lovely Scottish tune."  A slight variation on the original hymn, also written by Eleanor Farjeon, can be found in the form of a poem contributed to the anthology Children's Bells, under Farjeon's new title, "A Morning Song (For the First Day of Spring)," published by Oxford University Press in 1957. The song is noted in 9/4 time but with a 3/4 feel.

"Bunessan" was found in L. McBean's Songs and Hymns of the Gael, published in 1900.   Before Farjeon's words, the tune was used as a Christmas carol, which began "Child in the manger, Infant of Mary", translated from the Scottish Gaelic lyrics written by Mary MacDonald. The English-language Roman Catholic hymnal also uses the tune for the Charles Stanford hymns "Christ Be Beside Me" and "This Day God Gives Me", both of which were adapted from the traditional Irish hymn St. Patrick's Breastplate. Another Christian hymn "Baptized In Water" borrows the tune. (wikipedia)