This is an online fiddle lesson for the hymn "The Old Rugged Cross."

Video #1: Here is a video of me playing the hymn "The Old Rugged Cross." 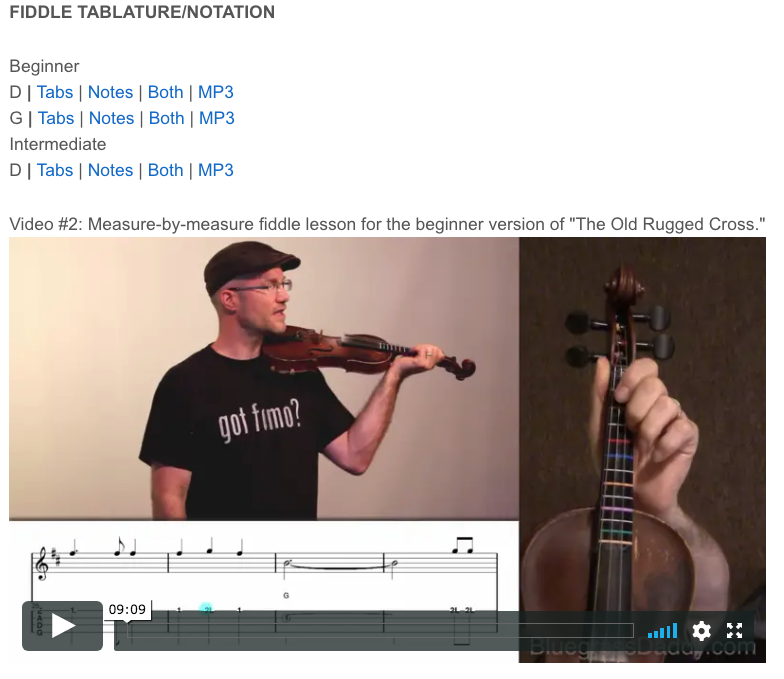 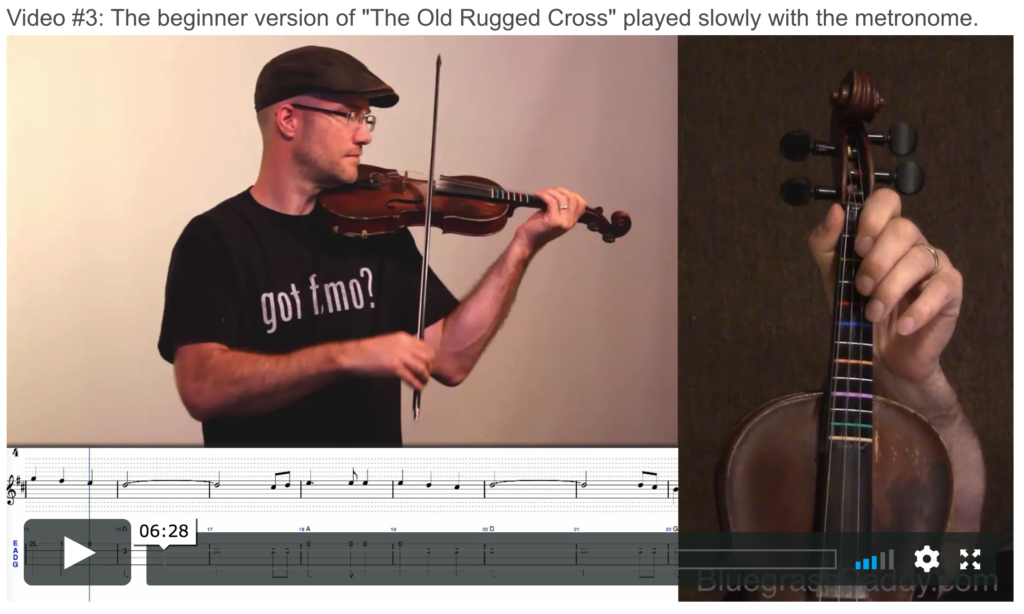 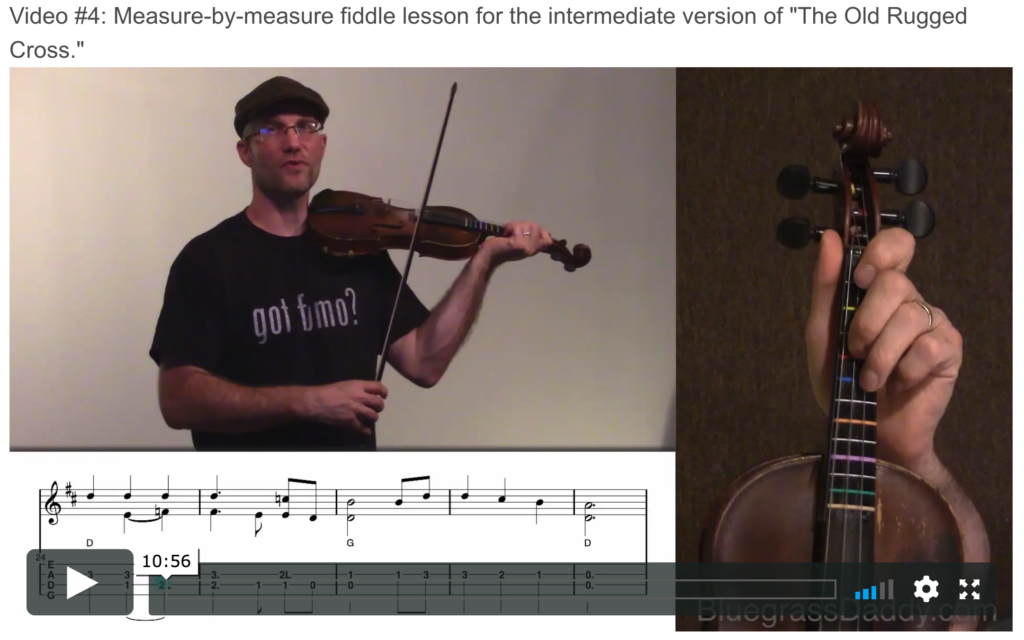 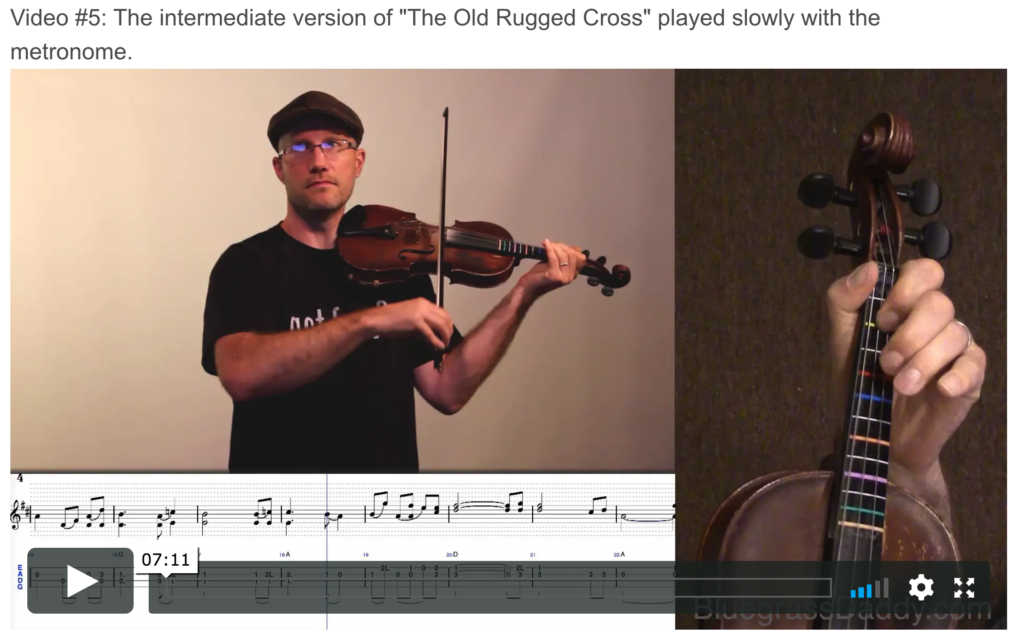 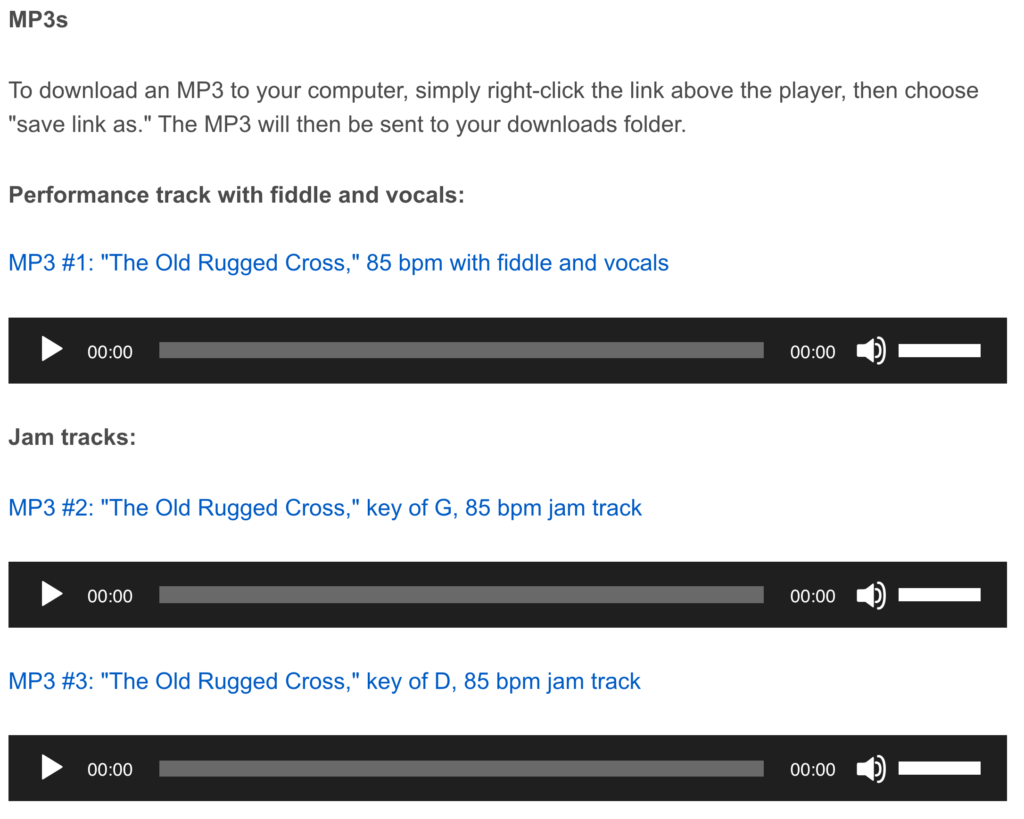 George Bennard was a native of Youngstown, Ohio, but was reared in Iowa. After his conversion in a Salvation Army meeting, he and his wife became brigade leaders before leaving the organization for the Methodist Church. As a Methodist evangelist, Bennard wrote the first verse of "The Old Rugged Cross" in Albion, Michigan, in the fall of 1912 as a response to ridicule that he had received at a revival meeting. Bennard traveled with Ed E. Mieras from Chicago to Sturgeon Bay, Wisconsin where they held evangelistic meetings at the Friends Church from December 29, 1912 to January 12, 1913. During the meetings Rev. George Bennard finished "The Old Rugged Cross" and on the last night of the meeting Bennard and Mieras performed it as a duet before a full house with Pearl Torstensen Berg, organist for the meeting, as accompanist. Bennard retired to Reed City, Michigan, and the town maintains a museum dedicated to his life and ministry. A memorial has also been created in Youngstown at Lake Park Cemetery. A plaque commemorating the first performance of the song stands in front of the Friend's Church in Sturgeon Bay, WI.