This is an online fiddle lesson for the country tune "Tennessee Waltz."

Video #1: Here is a video of me playing the country tune "Tennessee Waltz in the key of G."

Video #2: Here is a video of me playing the country tune "Tennessee Waltz in the key of A." 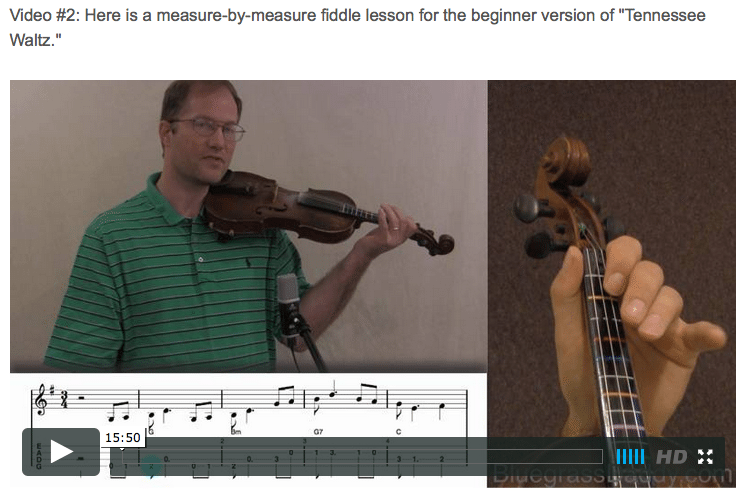 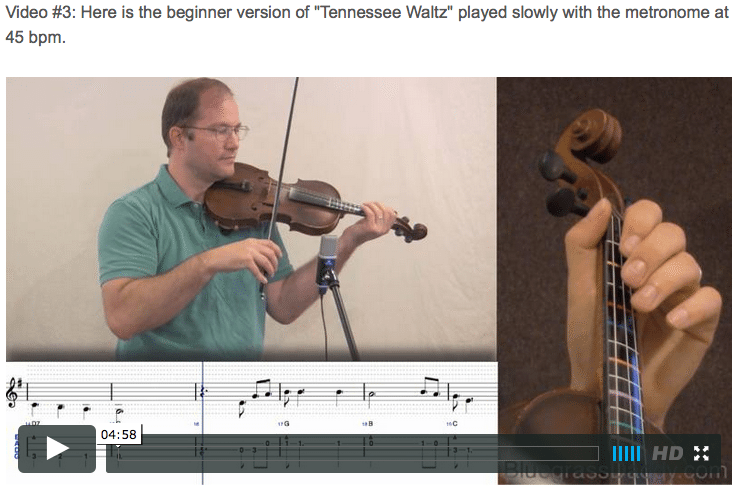 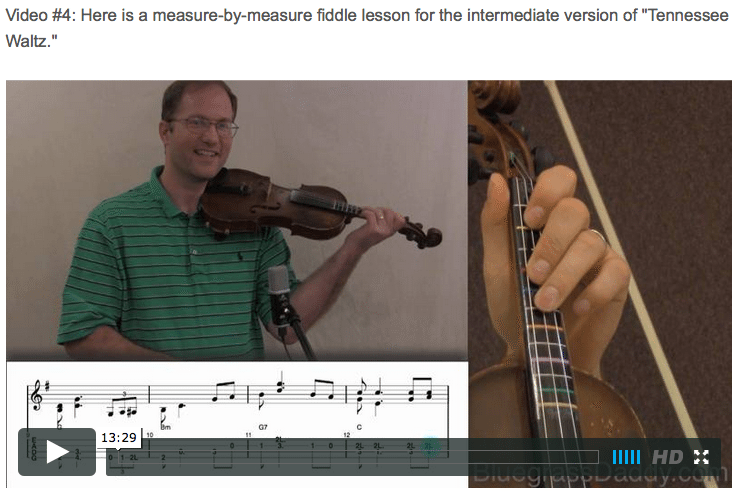 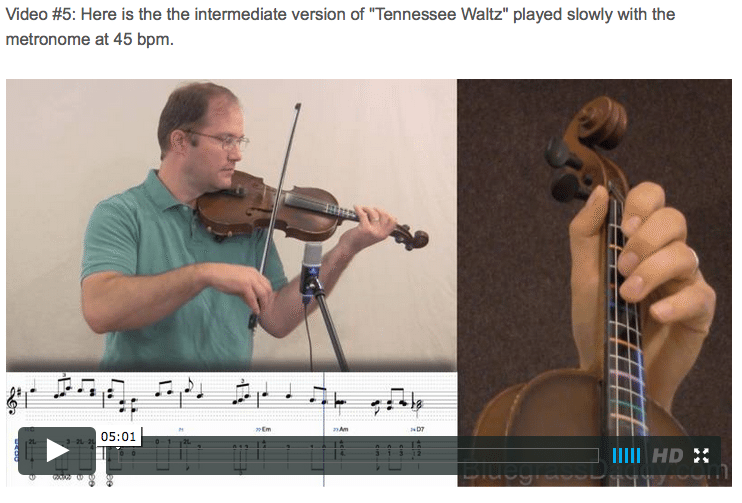 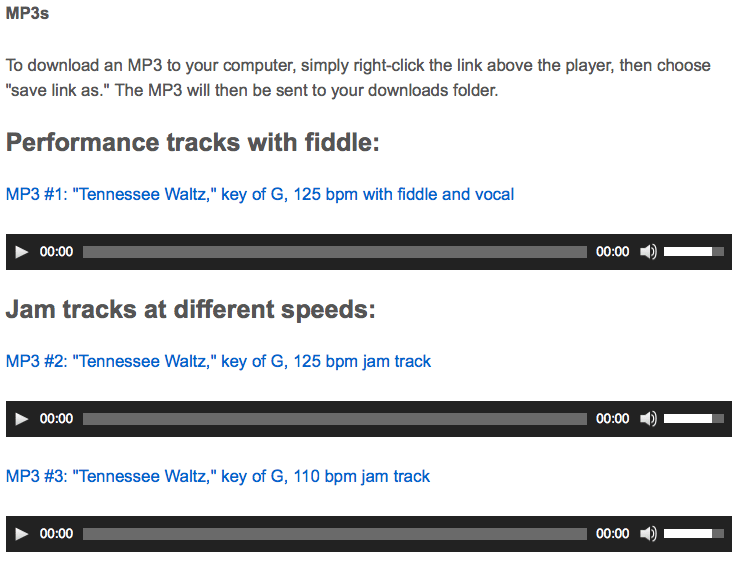 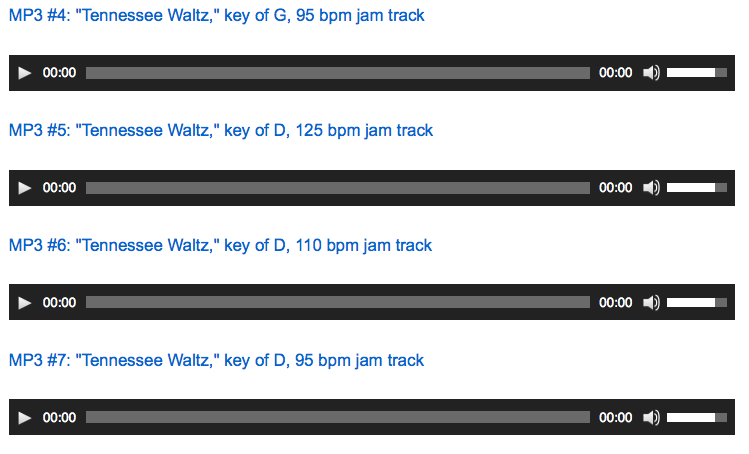 "Tennessee Waltz" is a popular/country music song with lyrics by Redd Stewart and music by Pee Wee King written in 1946 and first released in December 1947 as a single by Cowboy Copas that same year. The song became a multimillion seller via a 1950 recording – as "The Tennessee Waltz" – by Patti Page. As of 1974, it was the biggest selling song ever in Japan.