This is an online fiddle lesson for the tune "Alabama Jubilee." BluegrassDaddy.com is your best source for Bluegrass, Old Time, Celtic, Gospel, and Country fiddle lessons!

Video #1: Here is a video of my daughters (ages 11 and 13) jamming on the song. The metronome is to keep them from getting it too fast for me!

Now for the lesson: 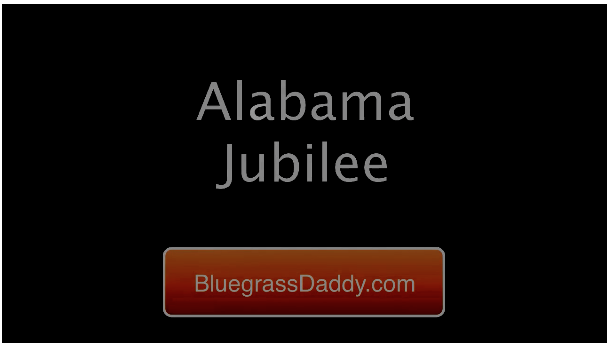 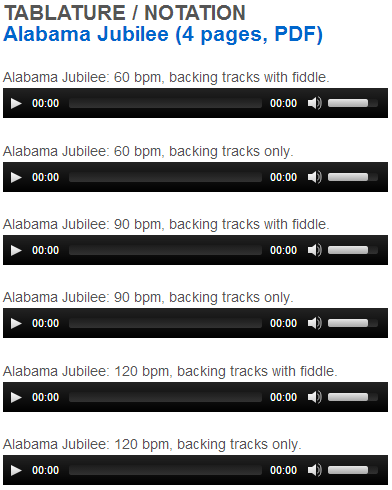 Alabama Jubilee is a song written by George L. Cobb and Jack Yellen. The first known recording was that of comedians Collins &amp; Harlan in 1915. The song is considered an American popular standard. The most popular versions of the song were Red Foley's 1951 version (#3 country, #28 pop) and the 1955 instrumental version by the Ferko String Band, their only charting song, which reached #13 on Cashbox, #14 on the Billboard Jukebox chart, and #20 in the UK.[2] A 1981 instrumental version by Roy Clark won the Grammy Award for Best Country Instrumental Performance.
<em>Reference:</em> <a href="http://en.wikipedia.org/wiki/Alabama_Jubilee_(song)" target="_blank">Wikipedia</a>

This is the version of Alabama Jubilee (in the key of A) that I play onstage or in a fast jam. It is pretty difficult! When playing with my brothers, we normally take two consecutive breaks, so the double-shuffle at the end of the first break and beginnning of the first break really helps to tie things together. There is a lot of "up the neck" playing in this break, so work hard to get the intonation right.

You ought to see Deacon Jones when he rattles the bones,
Old Parson Brown foolin' roun' like a clown,
Aunt Jemima who is past eighty-three,
Shoutin', "I'm full o' pep! Watch yo' step, watch yo' step!"
One-legged Joe danced aroun' on his toe,
Threw away his crutch and hollered, "Let 'er go!"
Oh, honey, Hail! Hail! The gang's all here for an Alabama Jubilee.