This is an online fiddle lesson for the Buddy Spicher fiddle breaks on George Strait's "Amarillo by Morning."

Video #1: Here is a video of me playing the country song "Amarillo by Morning." I mention Gene Elders, who plays these breaks in live concerts, but the recording features Buddy Spicher. 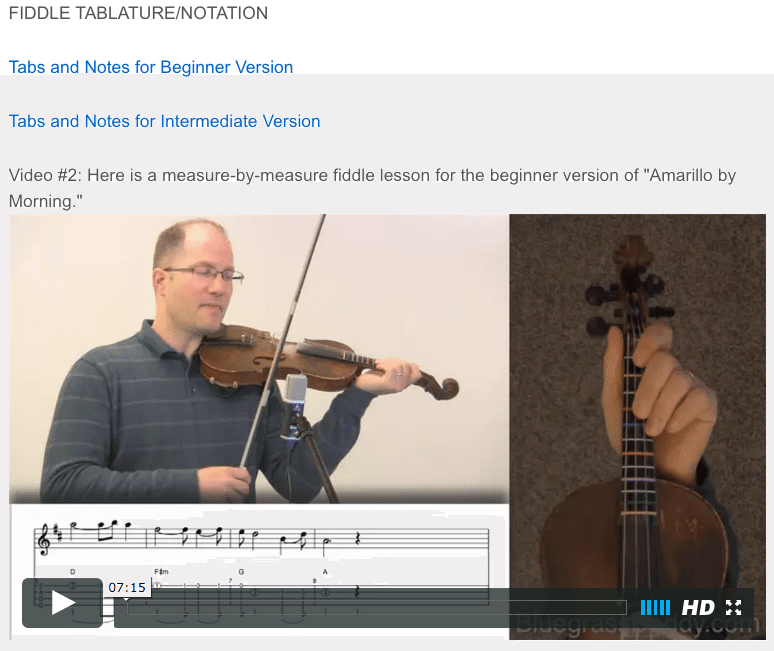 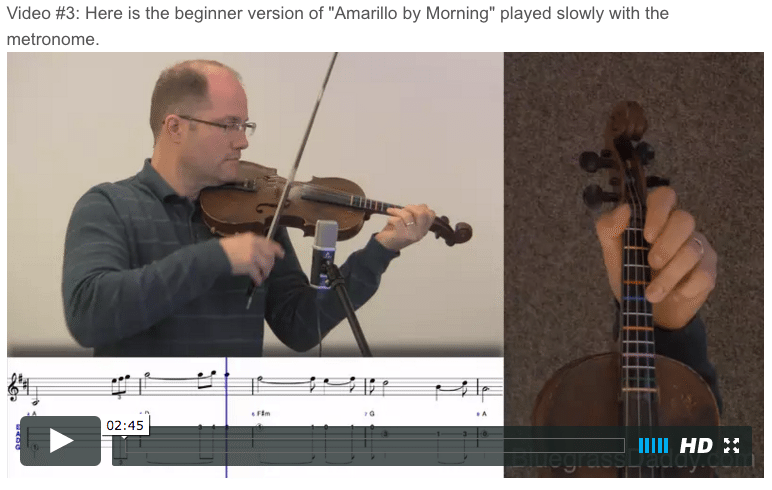 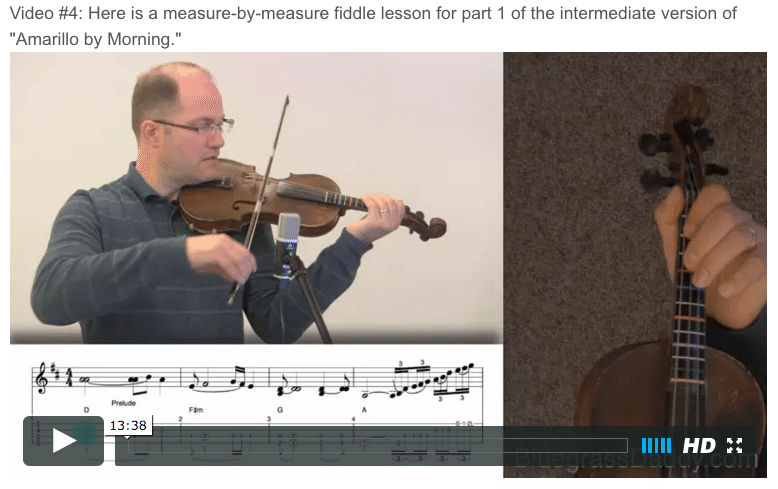 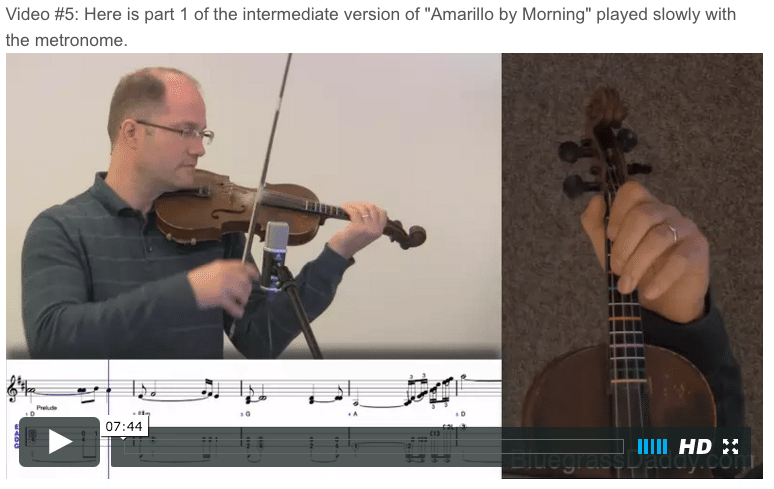 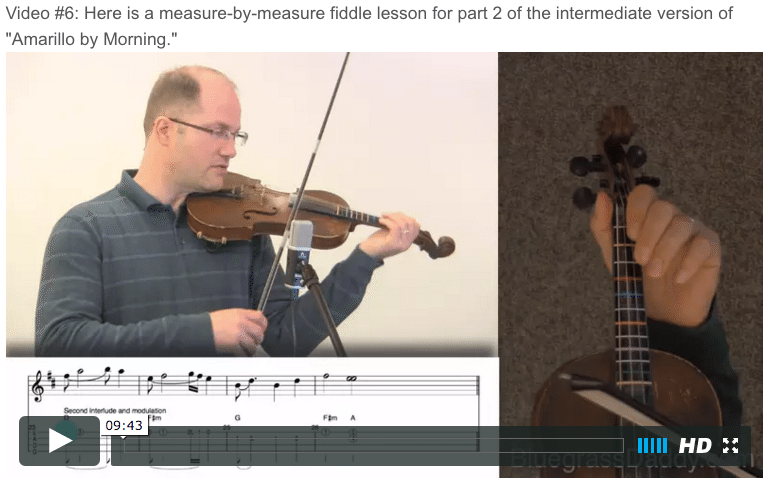 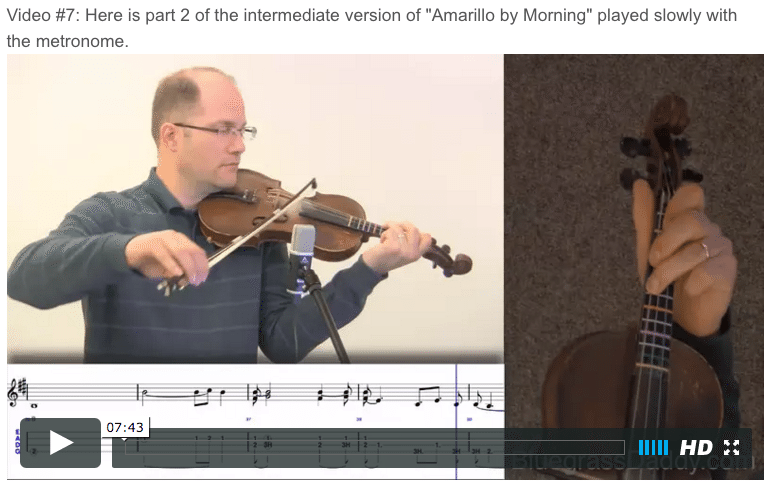 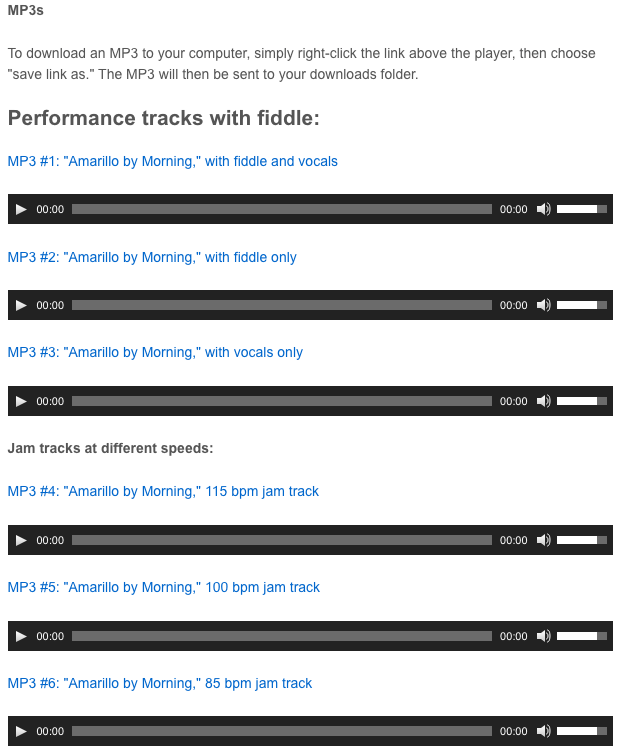 "Amarillo by Morning" is a country music song written by Terry Stafford and Paul Fraser, and recorded by Stafford in 1973. Several cover versions have since been made, including a major 1983 hit for George Strait.  The fiddle player on George Strait's recording was Buddy Spicher.

Members of the Western Writers of America chose it as one of the Top 100 Western songs of all time.