Back Up and Push

This is an online fiddle lesson for the fiddle tune "Back Up and Push."

Video #1: Here is a video of me performing the fiddle tune "Back Up and Push." 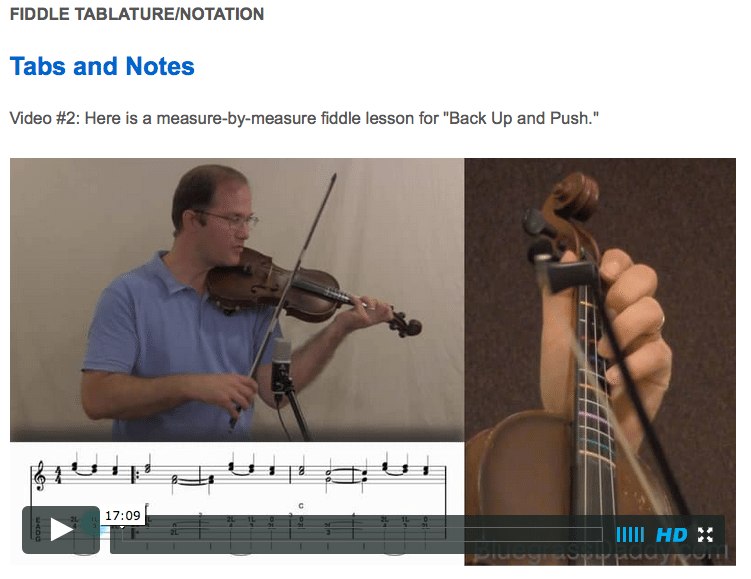 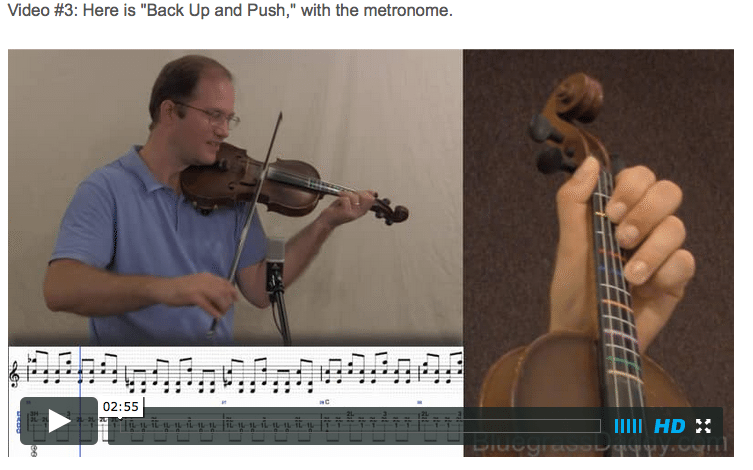 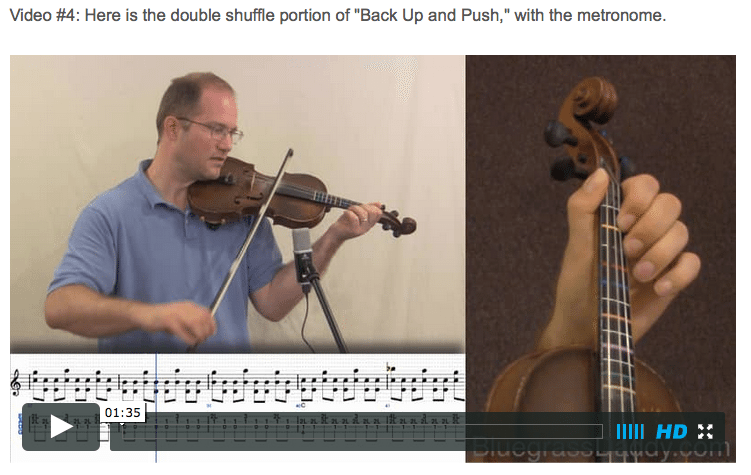 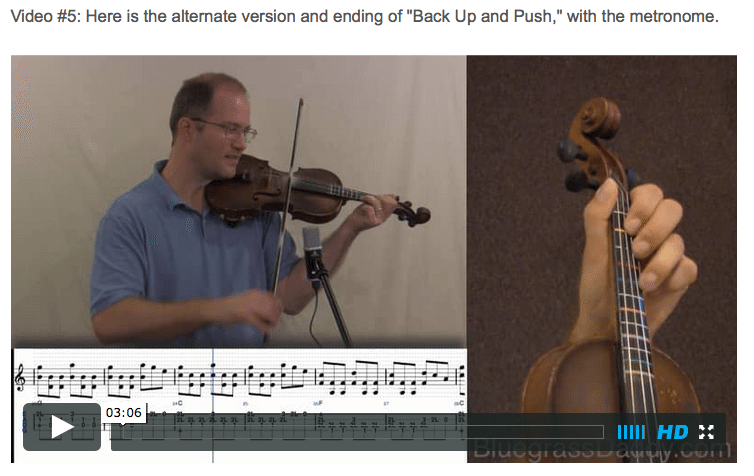 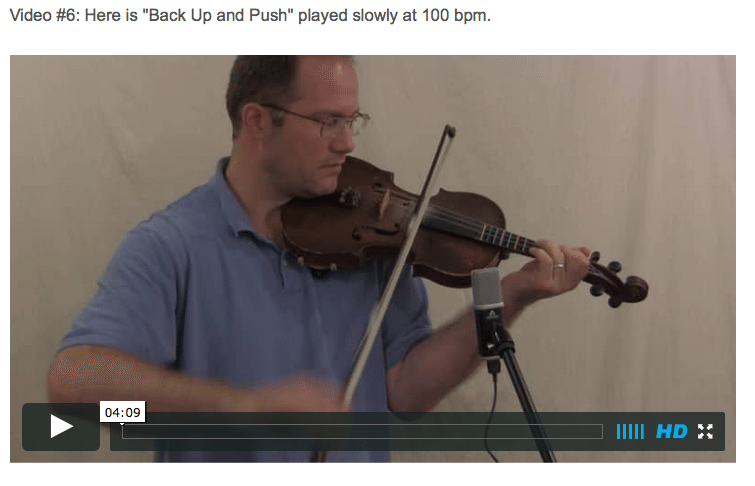 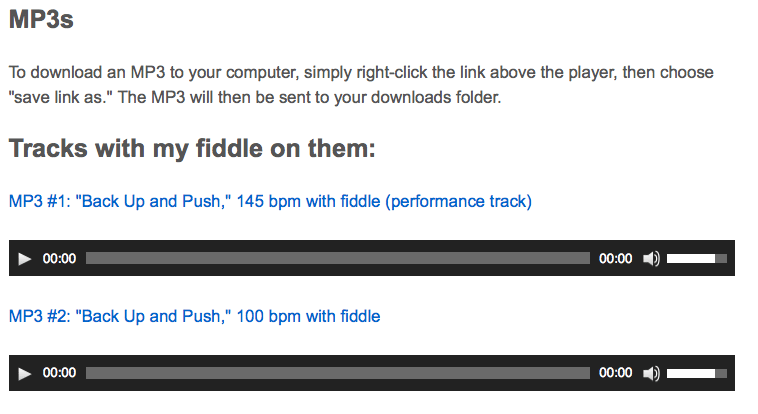 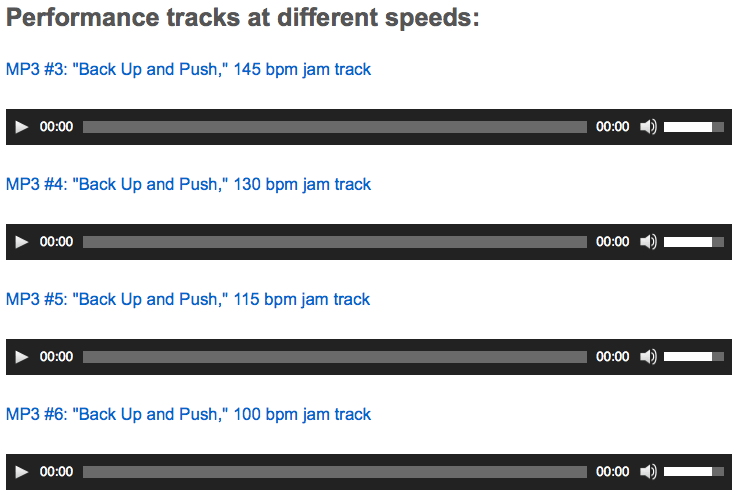 “Back Up and Push or Rubber Dolly Rag” is an American tune that has touched nearly every corner of the American music scene since the melody first appeared in 1900. Danish-born American violinist/composer Jens Bodewalt Lampe, after becoming the first-chair violinist for the Minneapolis Symphony at age 16, moved to Buffalo NY in the 1890s and began to lead dance band of his own. Almost immediately after becoming aware of Scott Joplin’s new “Maple Leaf Rag,” Lampe composed his own syncopated piece entitled “Creole Belles.” This brand new type of music, which later came to be called “ragtime,” was variously described as “cakewalk,” “march” and “two-step” music during its early history. “Creole Belles” was performed widely by pianists, ragtime bands, brass bands and military bands. John Phillip Sousa championed this piece and by 1902, the Danish American had become one of the most well known ragtime composers – perhaps second only to Joplin.

Early in the 1900s, the second strain of “Creole Belles” began to be picked up by fiddlers all across America and the catchy melody began to adopt alternative names including “Back Up and Push” and “Rubber Dolly.” The tune was so popular that most Appalachian string bands who were recording in the 1920s & 1930s released some version of it. Gid Tanner’s Skillet Lickers and Uncle Bud Landress made recordings of this tune in the early '30s. Perry Bechtel and His Boys, known for their recordings on the “Race” and “Hillbilly” series popularized in that era by the record companies, recorded this tune in Atlanta. Some of the most often quoted lyrics are from the Light Crust Dough Boys, a band that featured one of the greatest Texas swing fiddlers of the time – Cecil Brower.

This tune represents one of the most amazing of the many cultural cross-pollinations in our American musical history. After Western Swing bands and Texas Style fiddlers adopted and popularized the tune with its characteristic swing and ragtime rhythms, the great African American jazz singer Ella Fitzgerald recorded it using the white string-band lyrics. Fitzgerald’s “Wubba Dolly” was recorded in 1939. Famed African American blues guitarist and singer Mississippi John Hurt, who often collaborated with Anglo American fiddler Willie Narmour in the early 1920s, brought the original title of this tune to the forefront again by adapting the lyrics of “My Creole Belle” to the new tune and rhythm. Hurt was known for playing square dance and ragtime music during the same period that he was recording early blues music for Okey Records. (americanstrings.blogspot.com)

Gid Tanner and the Skillet Lickers' 1934 version of "Back Up and Push" became the third best-selling country music record for that year.  The tune has been  popularized in bluegrass and old time circles by such bands as Bill Monroe's and Benny Martin's, and influential fiddlers Kenny Baker and Buck Ryan. The the double shuffle or “hokum bowing” you hear in Western and Bluegrass versions was popularized by jazz fiddler Joe Venuti in the late 1920’s, incorporated into  “The Beaumont Rag”, and reached its apogee in the tune “Orange Blossom SpeciaL” in the 1940’s. (tunearch.org)