This is an online fiddle lesson for the tune "Edelweiss."

Video #1: Here is a video of me performing the fiddle tune "Edelweiss." 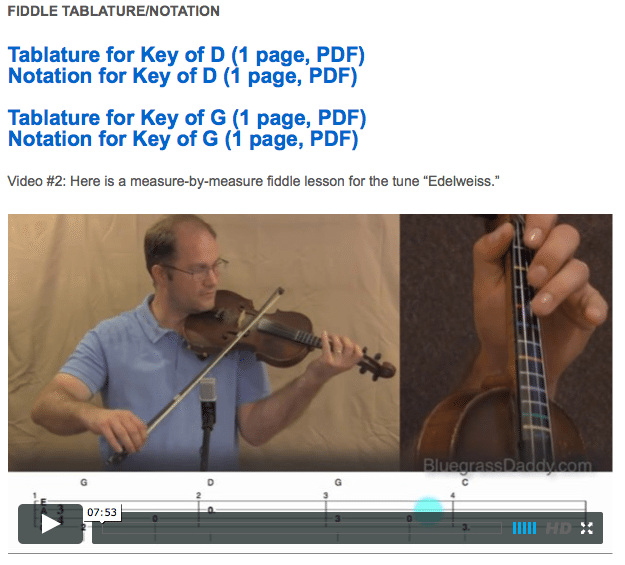 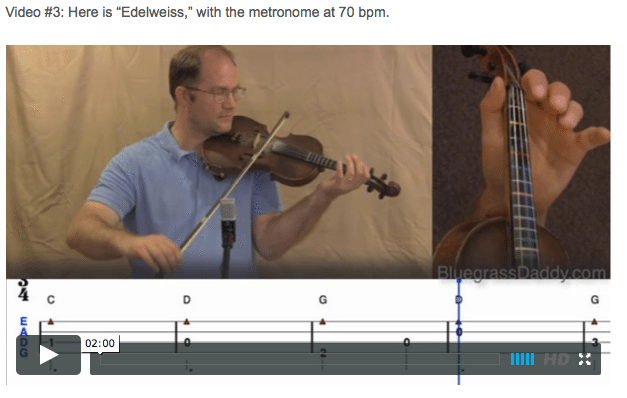 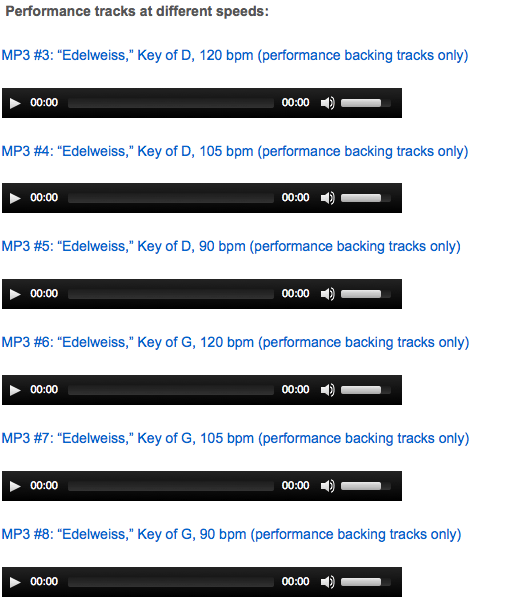 "Edelweiss" is a show tune from the 1959 Rodgers and Hammerstein musical The Sound of Music. It is named after the edelweiss, a white flower found high in the Alps. It was created for the character of Captain Georg Ludwig von Trapp, created in the 1959 Broadway production of the musical by folk-singer Theodore Bikel. In the musical Captain von Trapp and his family sing this song during the concert near the end of Act II as a statement of Austrian patriotism in the face of the pressure put upon him to join the navy of Nazi Germany. It is also Captain von Trapp's subliminal goodbye to his beloved homeland, using the flower as a symbol of his loyalty to it. In the 1965 film adaptation, the song is also sung by the Captain earlier in the film as he rediscovers music and a love for his children.

While The Sound of Music was in tryouts in Boston, Richard Rodgers felt Captain von Trapp should have a song with which he would bid farewell to the Austria he knew and loved. He and Oscar Hammerstein II decided to write an extra song that Captain von Trapp would sing in the Kaltzberg Festival (Salzburg Festival in the film) concert sequence towards the end of the show. As they were writing it, they felt that this song could also utilize the guitar-playing and folk-singing talents of Theodore Bikel, who had been cast as the Captain. The Lindsay and Crouse script provides a metaphor of the edelweiss flower, as a symbol of the Austria that Captain von Trapp, Maria and their children knew would live on in their hearts despite the Nazi annexation of their homeland. The metaphor of this song builds on an earlier scene when Gretl presents a bouquet of edelweiss flowers to Elsa Schraeder during her visit to the von Trapp household. Rodgers provided a simple yet haunting and affecting waltz-time melody to the simple Italian style ritornello lyric that Hammerstein wrote about the appearance of the Edelweiss flower. This song turned out to be one of the most beloved songs in the musical, and also one of the best-loved songs of Rodgers and Hammerstein.

This song was the last song that Rodgers and Hammerstein wrote together; Hammerstein was suffering from stomach cancer,which would take his life nine months after The Sound of Music opened on Broadway. (wikipedia)