This is an online fiddle lesson for the tune "I'll Fly Away" by Albert Brumley.  BluegrassDaddy.com is your best source for Bluegrass, Old Time, Celtic, Gospel, and Country fiddle lessons!

Video #1: Here is a video of me performing the fiddle tune "I'll Fly Away." I teach both the beginner and the intermediate breaks you hear here. 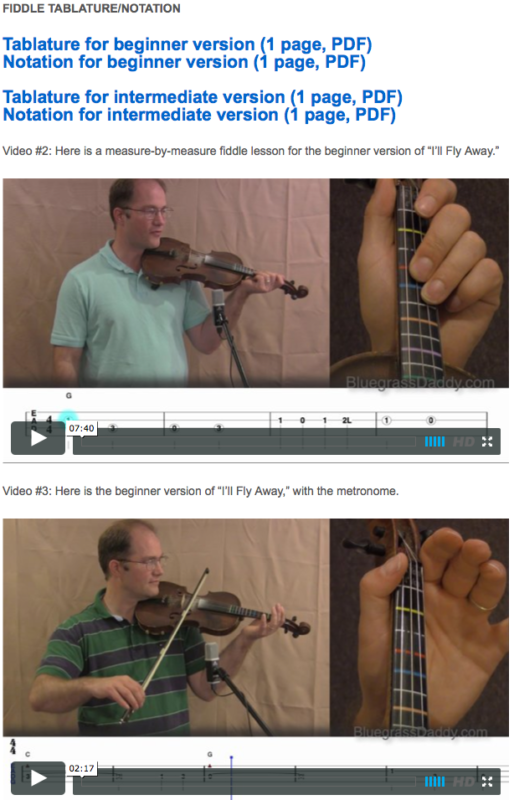 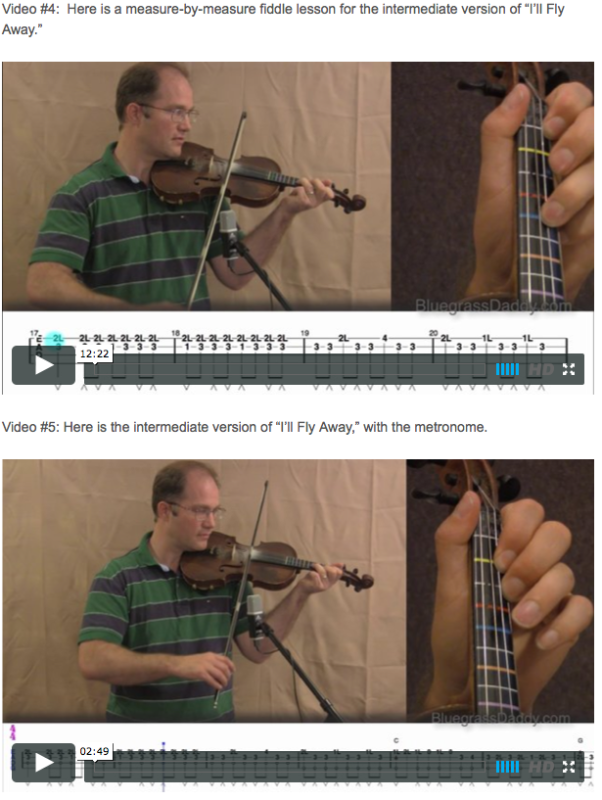 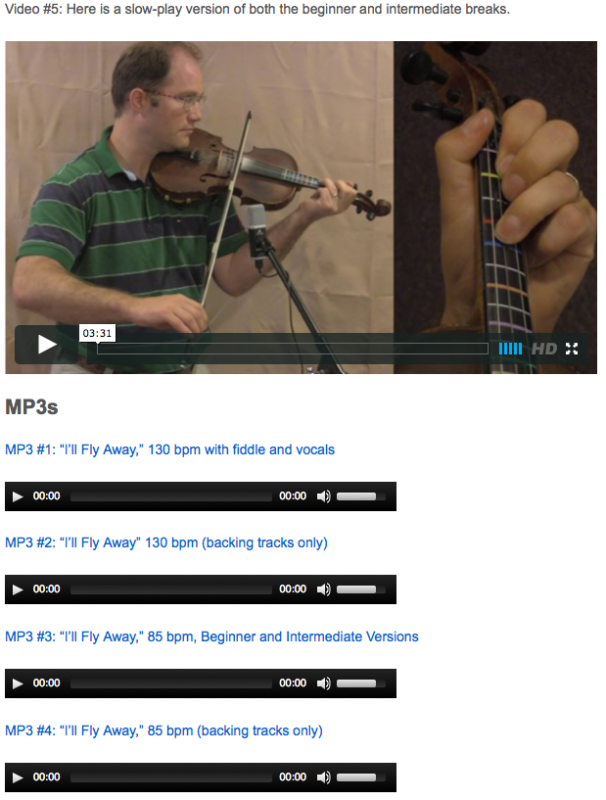 "I'll Fly Away" is a hymn written in 1929 by Albert E. Brumley and published in 1932 by the Hartford Music company in a collection titled Wonderful Message.  Brumley's writing was influenced in part by an older secular ballad.

Albert E. Brumley has been described as the "pre-eminent gospel songwriter" of the 20th century with over 600 published songs.  Other titles of his include "Turn Your Radio On", "I'll Meet You in the Morning", and "This World Is Not My Home".  According to interviews, Brumley came up with the idea for the song while picking cotton on his father's farm in Rock Island, Oklahoma.  Brumley says that as he worked he was "humming the old ballad that went like this: 'If I had the wings of an angel, over these prison walls I would fly,' and suddenly it dawned on me that I could use this plot for a gospel-type song."  The song Brumley described appears to be "The Prisoner's Song."  It was an additional three years later until Brumley worked out the rest of the song, paraphrasing one line from the secular ballad to read, "Like a bird from prison bars has flown" using prison as an analogy for earthly life.  Brumley has stated, "When I wrote it, I had no idea that it would become so universally popular." (wikipedia)