Just a Closer Walk with Thee

This is an online fiddle lesson for the hymn "Just a Closer Walk with Thee."

Video #1: Here is a video of me playing the hymn "Just a Closer Walk With Thee." 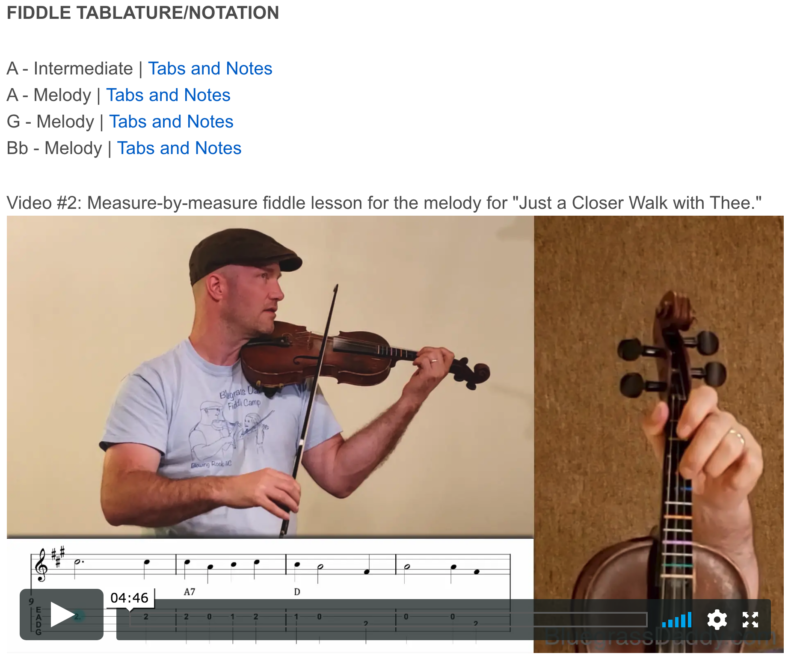 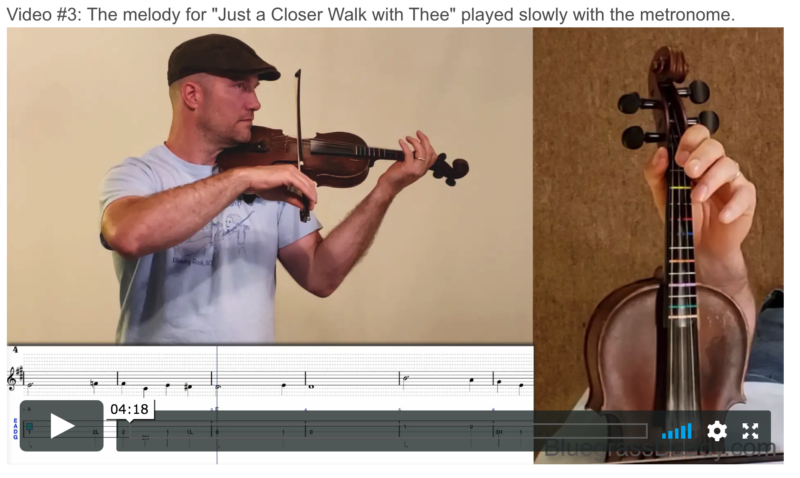 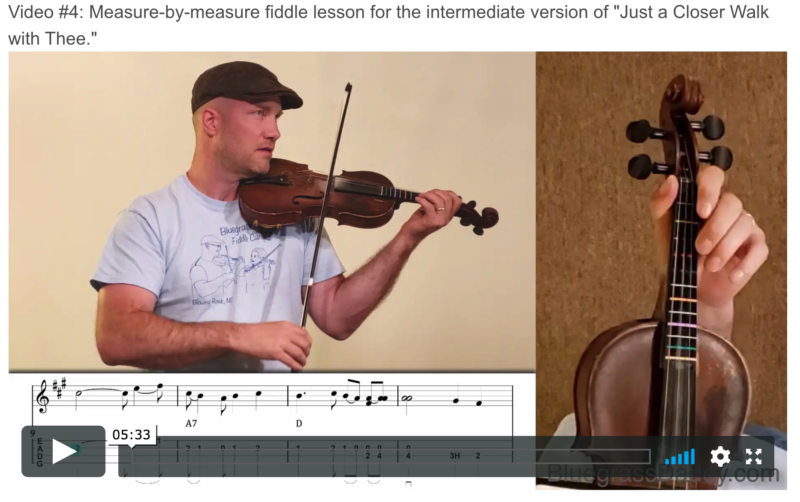 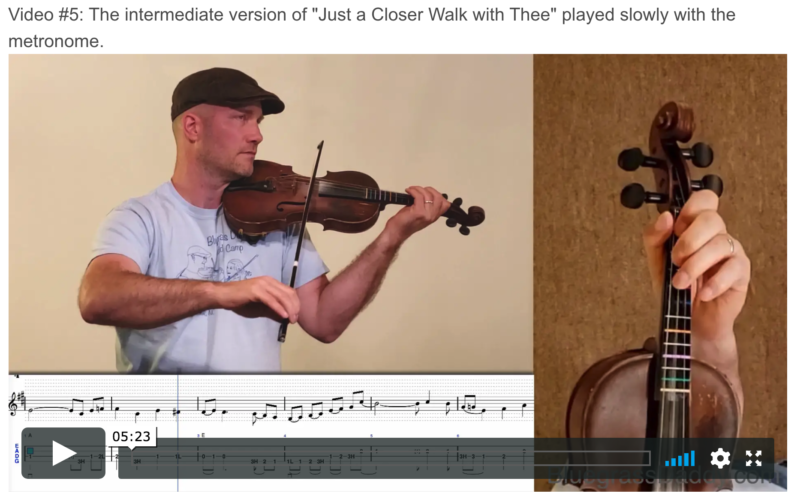 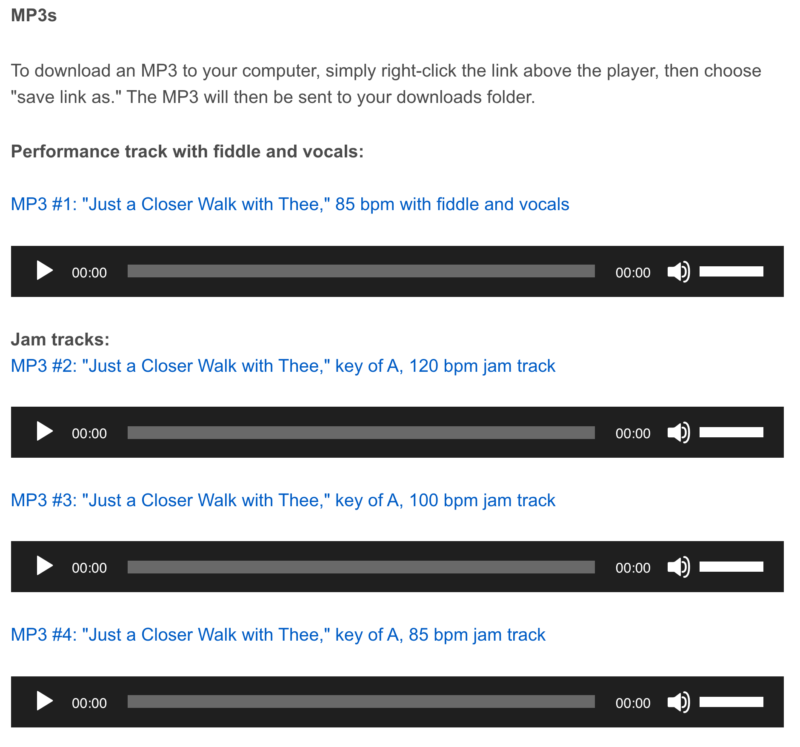 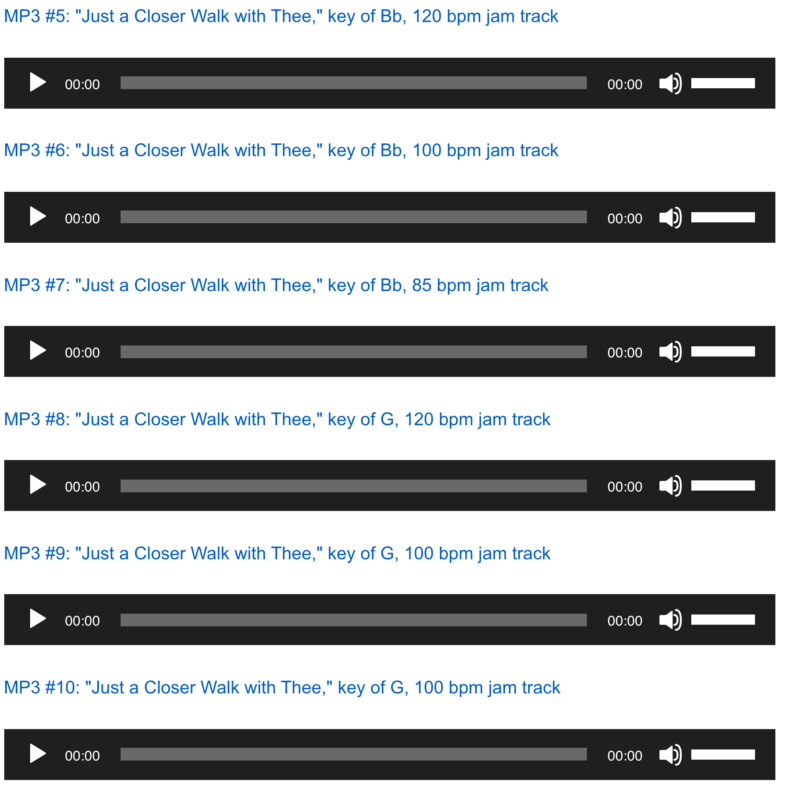 "Just a Closer Walk with Thee" is a traditional gospel song that has been performed and recorded by many artists. Performed as either an instrumental or vocal, "A Closer Walk" is perhaps the most frequently played number in the hymn and dirge section of traditional New Orleans jazz funerals. The title and lyrics of the song allude to the Biblical passage from 2 Corinthians 5:7 which states, "We walk by faith, not by sight" and James 4:8, "Come near to God and he will come near to you."

The precise author of "A Closer Walk" was unknown until recently, although Peterson claimed that was not the case. Circumstantial evidence strongly suggested it dated back to southern African-American churches of the nineteenth century, possibly even prior to the Civil War, as some personal African American histories recall "slaves singing as they worked in the fields a song about walking by the Lord's side.". Horace Boyer cites a story that repudiates this claim, stating,

“On a train trip from Kansas City to Chicago, Morris exited the train on one of its stops to get some fresh air and heard one of the station porters singing a song. He paid little attention at first, but after he reboarded the train the song remained with him and became so prominent in his mind that at the next stop, he left the train, took another train back to the earlier station, and asked the porter to sing the song again. Morris wrote down the words and music and published the song “Just a Closer Walk with Thee” that year, 1940, adding a few lyrics of his own to provide more breadth. Within two years the song became a standard in gospel music, eventually becoming a standard in Jazz, and then moving into the realm of American folk music, known and sung by many (Boyer, 75).”