When You and I Were Young, Maggie

This is an online fiddle lesson for the tune "When You and I Were Young, Maggie."

I have always loved this old tune. The lyrics are very poignant and the "Maggie" at the end of the first and third lines really gives the song a distinctive and memorable sound. It is a beautiful song to both fiddle and sing. I hope you enjoy!

Video #1: Here is a video of me performing the fiddle tune "When You and I Were Young, Maggie." 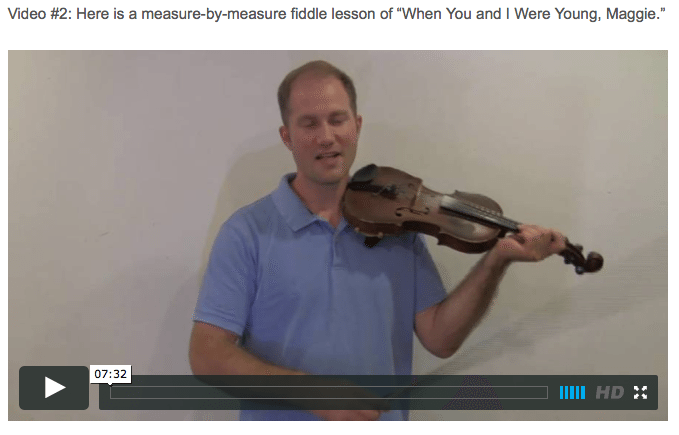 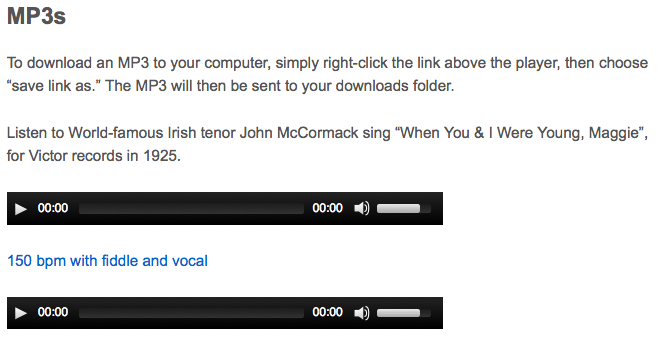 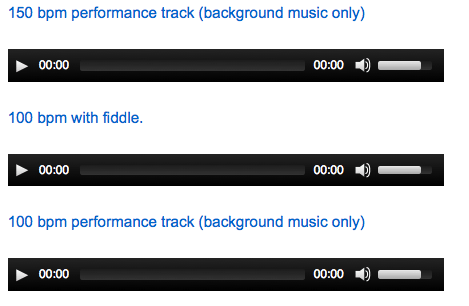 When You and I Were Young, Maggie is a famous folk song, popular song and standard. Though Springtown, Tennessee, has a small monument outside an old mill claiming the song was written by a local George Johnson, in 1820, for his Maggie, the truth is that its lyrics were written as a poem by the Canadian school teacher George Washington Johnson from Hamilton, Ontario. Margaret "Maggie" Clark was his pupil. They fell in love and were engaged. Maggie contracted tuberculosis, and during a period of illness, George walked to the edge of the Niagara escarpment, overlooking what is now downtown Hamilton, and composed the poem. The general tone is perhaps one of melancholy and consolation over lost youth rather than mere sentimentality or a fear of aging. It was published in 1864 in a collection of his poems entitled Maple Leaves. They were married in 1864 but Maggie's health deteriorated and she died on May 12, 1865. James Austin Butterfield set the poem to music and it became popular all over the world. George Washington Johnson died in 1917. The schoolhouse where the two lovers met still stands on the escarpment above Hamilton, and a plaque bearing the name of the song has been erected in front of the old building. In 2005, George Washington Johnson was inducted into the Canadian Songwriters Hall of Fame.

Some claim that the song was first sung by Frank Dumont "as the Duprez & Benedict's Minstrels programs, dated, will show" in 1870. The song was first recorded by Corinne Morgan and Frank C. Stanley in 1905 and has been recorded since by many famous artists including opera tenors John McCormack and Jan Peerce, early country singer Fiddlin' John Carson, bluegrass musicians Stanley Brothers, Reno and Smiley, Hank Snow, Mac Wiseman, David Grisman and James Alan Shelton, crooners Perry Como and Gene Autry and popular singers such as Will Oakland, Henry Burr, Harry MacDonough and Frank Dunn, and the Statler Brothers. Instrumental recordings of Butterfield's melody are also numerous, and date as far back as the 1930s. Notable recordings include those of jazzmen Benny Goodman, Fats Waller, Teddy Wilson and Sidney Bechet and ragtime pianist Johnny Maddox and Country guitar, Speedy Haworth. The song is also considered as a standard of blues and dixieland.

The song was used by Seán O'Casey in his 1926 play The Plough and the Stars, but the name "Maggie" was changed to "Nora" because the character, Clitheroe, was singing it to his wife Nora. Johnny McEvoy recorded it as "Nora" in 1968 and had a number one hit in Ireland. In 1983 Irish duo Foster & Allen reached number 27 in the UK singles chart with their version. It was also recorded by De Dannan on the album "Star-Spangled Molly", by Josef Locke on "Let there be Peace",and by James Galway and The Chieftains on "In Ireland". This led many people to think it was an Irish song.