This is an online fiddle lesson for the tune "Sail Away, Ladies."

This post contains two lessons: First, the old-time version, as played by "Uncle" Bunt Stephens (1926), Then, a beginner version for those just getting started. 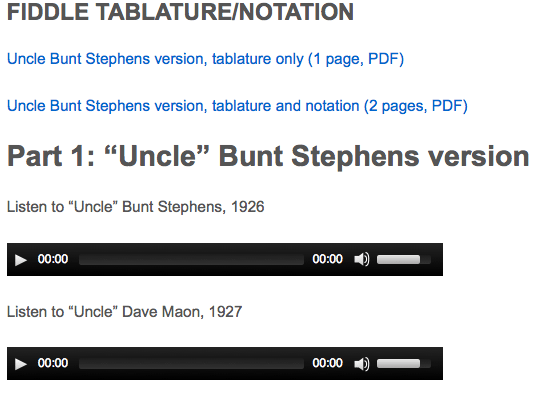 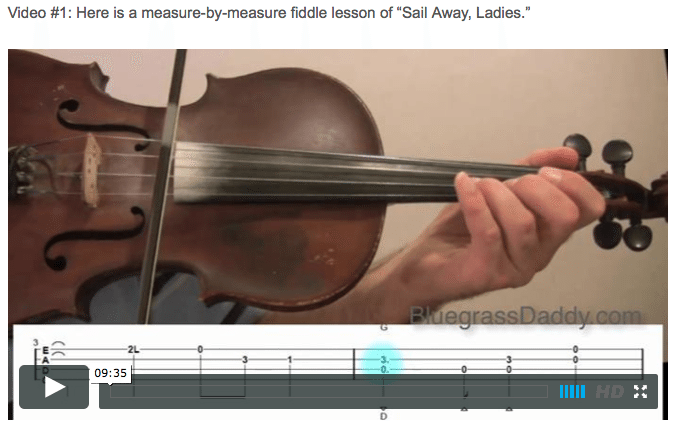 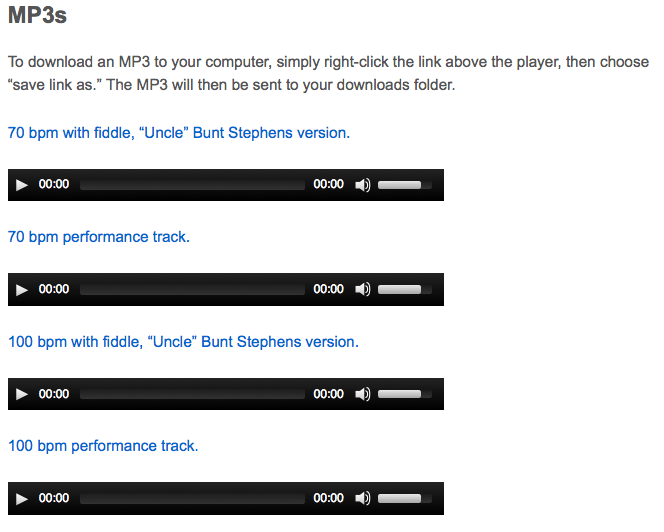 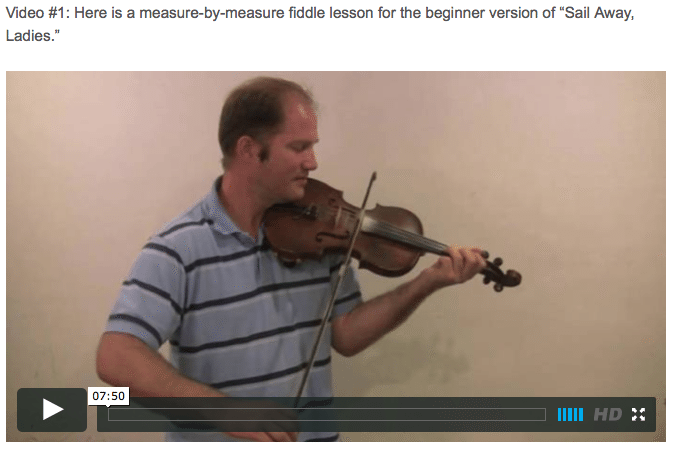 Sail Away Ladies: Old‑Time, Breakdown. USA; Kentucky, Tennessee. G Major. Standard tuning. The tune is related to the numerous versions of "Sally Ann" played in the keys of A and G Major. According to Guthrie Meade (1980), the tune is identified with the south central Kentucky and middle Tennessee locals. Harry Smith (Folkways FA2951, 1952) thought that Uncle Bunt Stephen’s performance (Columbia Records, 1926) was “probably similar to much American dance music in the period between the Revolutionary and Civil Wars.” The title also appears in a list of the standard tunes in the square dance fiddler's repertoire, according to A.B. Moore in his 1934 book History of Alabama. Southern Kentucky fiddler Henry L. Bandy recorded the tune for Gennett in 1928, though it was un-issued, however, the earliest recordings were Uncle Bunt Stevens (1926-without words) and Uncle Dave Macon (1927-with words).

Stephens was among the finalists of auto magnate Henry Ford’s series of fiddle contests, held at dealerships through the East and Midwest. He placed by playing this tune, along with his version of “Old Hen Cackled.” The top three winners of the regional contest were brought to Detroit to meet Henry Ford.

Paul Wells (Middle Tennessee State University) states that the song was collected around the turn of the 20th century and seems to have been common to both black and white traditions. Tom Paley (former New Lost City Ramblers member) believes the verses of “Sail Away Ladies” to be typical floating verses, and go:

Uncle Dave Macon also included a chorus which went, "Don't she rock, Die-Dee-Oh?" but Paley notes that other old recordings have variants like "Don't she rock, Darneo?" and even "Don't she rock 'em, Daddy-O?" (which seems to harken to the beatnik era). English musician Dave Arthur remarks that the song became popular in Britain in the skiffle craze of the 1950’s, and appeared on vinyl EP Loneei Donegan Hit Parade vol. 2 (1957), under the title “Don’t You Rock Me, Daddy-O.” A few years later it appeared on the set-list of the band The Quarrymen, out of Liverpool, who metamorphosed into the Beatles.