This is an online fiddle lesson for the gospel tune "Silent Night."
This is by special request for my friend Barbara.

Video #1: Here is a video of me performing the gospel tune "Silent Night." 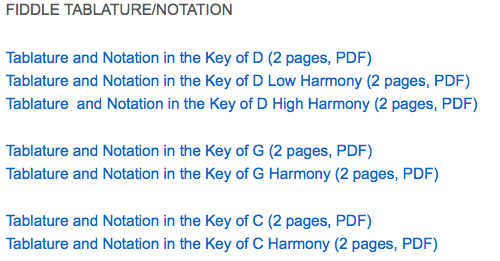 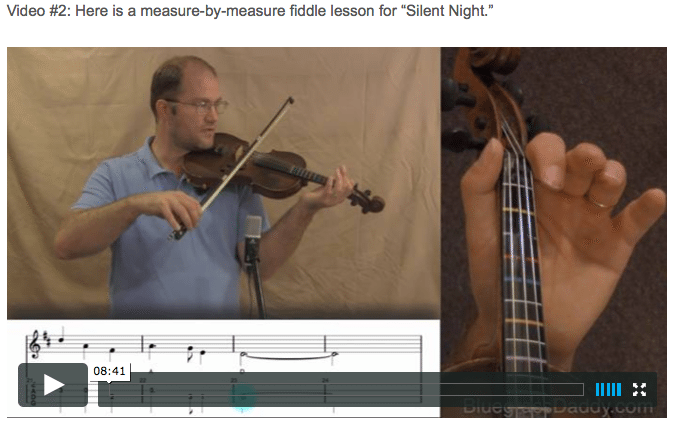 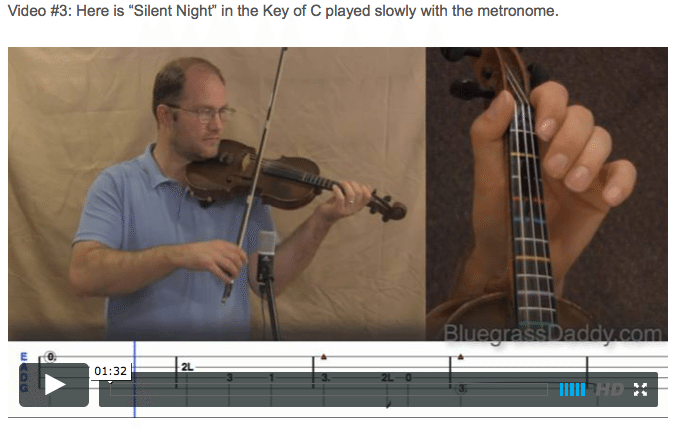 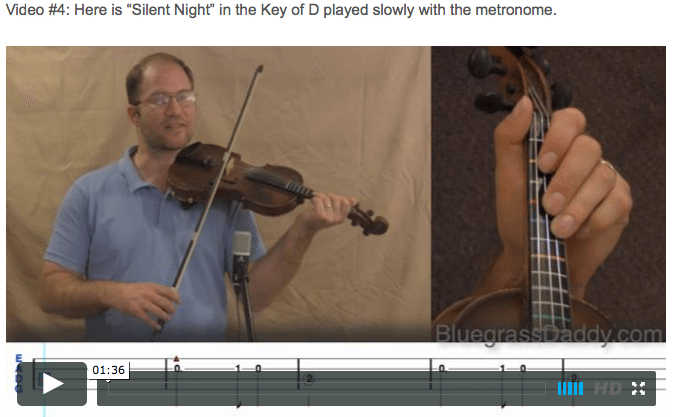 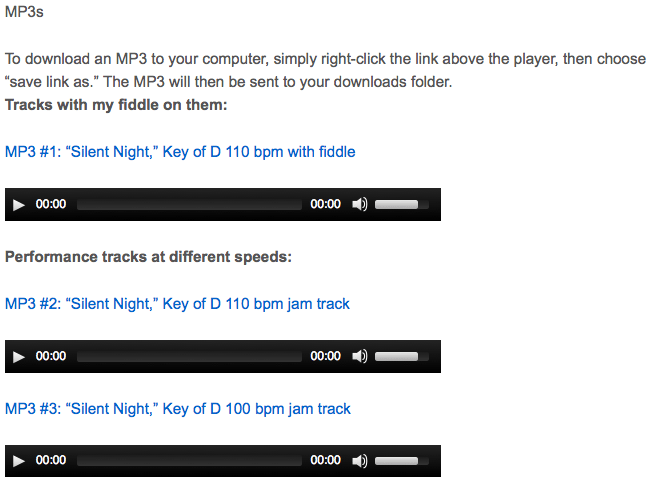 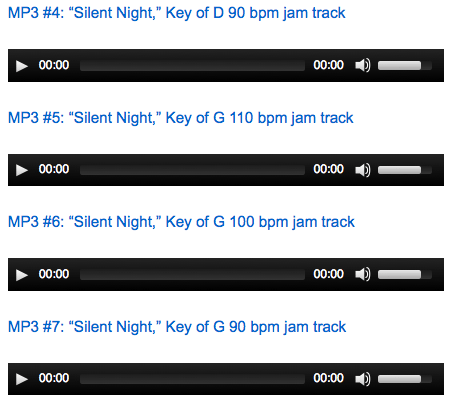 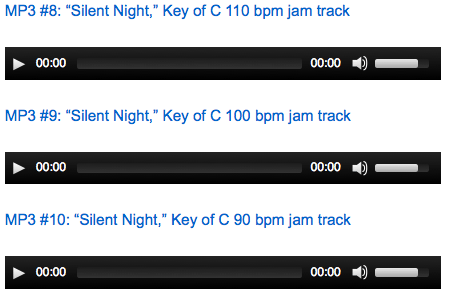 The German words for the original six stanzas of the carol we know as "Silent Night" were written by Joseph Mohr in 1816, when he was a young priest assigned to a pilgrimage church in Mariapfarr, Austria.

On December 24, 1818 Joseph Mohr journeyed to the home of musician-schoolteacher Franz Gruber who lived in an apartment over the schoolhouse in nearby Arnsdorf. He showed his friend the poem and asked him to add a melody and guitar accompaniment so that it could be sung at Midnight Mass. His reason for wanting the new carol is unknown. Some speculate that the organ would not work; others feel that the assistant pastor, who dearly loved guitar music, merely wanted a new carol for Christmas.

Later that evening, as the two men, backed by the choir, stood in front of the main altar in St. Nicholas Church and sang "Stille Nacht! Heilige Nacht!" for the first time, they could hardly imagine the impact their composition would have on the world.

Karl Mauracher, a master organ builder and repairman from the Ziller Valley, traveled to Oberndorf to work on the organ, several times in subsequent years. While doing his work in St. Nicholas, he obtained a copy of the composition and took it home with him. Thus, the simple carol, began its journey around the world as a "Tyrolean Folk Song."

Two traveling families of folk singers from the Ziller Valley, similar to the Trapp Family Singers of "The Sound of Music" fame, incorporated the song into their repertoire. According to the Leipziger Tageblatt, the Strassers sang the song in a concert in Leipzig in December 1832. It was during this period, several musical notes were changed, and the carol evolved into the melody we know today. On another occasion, according to an historical plaque, the Rainer Family sang the Christmas carol before an audience which included Emperor Franz I and Tsar Alexander I. In the year 1839, the Rainers performed "Stille Nacht" for the first time in America, at the Alexander Hamilton Monument outside Trinity Church in New York City.

Joseph Bletzacher, the Court Opera singer from Hannover, reported that by the 1840s, the carol was already well known in Lower Saxony. "In Berlin," he says, "the Royal Cathedral Choir popularized it especially. It became in fact the favorite Christmas carol of the artistically appreciative King Frederick William IV of Prussia, who used to have the Cathedral Choir sing it for him during the Christmas season each year."

By the time the song had become famous throughout Europe, Joseph Mohr had died and the composer was unknown. Although Franz Gruber wrote to music authorities in Berlin stating that he was the composer, the melody had been assumed to be the work of Haydn, Mozart or Beethoven at various times and these thoughts persisted even into the twentieth century. The controversy was put to rest four years ago when a long-lost arrangement of "Stille Nacht" in the hand of Joseph Mohr was authenticated. In the upper right hand corner of the arrangement, Mohr wrote, "Melodie von Fr. Xav. Gruber."

During his lifetime, Franz Xaver Gruber produced a number of orchestral arrangements of his composition. The original guitar arrangement is missing, but five other Gruber manuscripts of the carol exist. The manuscript by Joseph Mohr (ca. 1820) is for guitar accompaniment and is probably the closest to the arrangement and melody sung at Midnight Mass in 1818.

Later in his life, the Gruber family moved to Hallein, now the site of the Franz Xaver Gruber Museum. It contains several furnished rooms in his former home along with outstanding exhibits dealing with the history of "Silent Night," including Joseph Mohr's guitar. Gruber's grave is outside the home and is decorated with a Christmas tree in December.

Fr. Joseph Mohr's final resting place is a tiny Alpine ski resort, Wagrain. He was born into poverty in Salzburg in 1792 and died penniless in Wagrain in 1848, where he had been assigned as pastor of the church. He had donated all his earnings to be used for eldercare and the education of the children in the area. His memorial from the townspeople is the Joseph Mohr School located a dozen yards from his grave. The overseer of St. Johann's, in a report to the bishop, described Mohr as "a reliable friend of mankind, toward the poor, a gentle, helping father."

Perhaps this is part of the miracle of "Silent Night." The words flowed from the imagination of a modest curate. The music was composed by a musician who was not known outside his village. There was no celebrity to sing at its world premiere. Yet its powerful message of heavenly peace has crossed all borders and language barriers, conquering the hearts of people everywhere.  (silentnight.web.za)