This is an online fiddle lesson for the Welsh song "The Ash Grove."

Video #1: Here is a video of me playing the Welsh song "The Ash Grove." 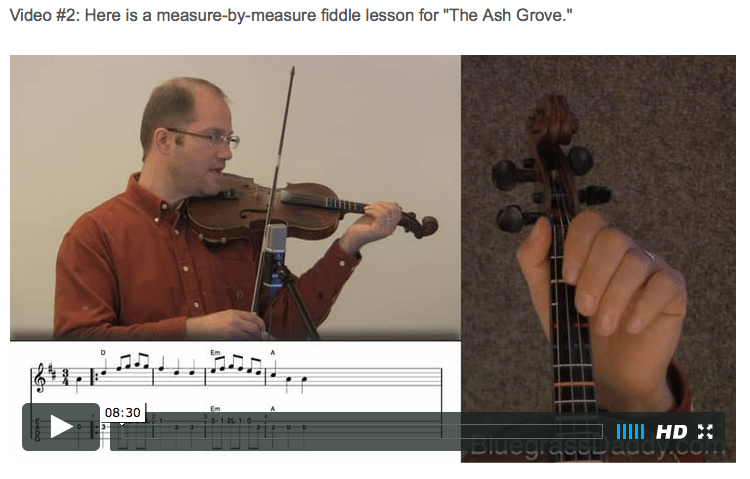 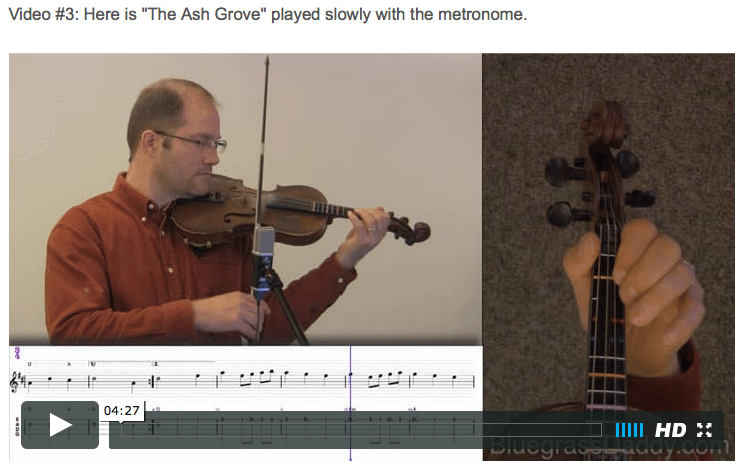 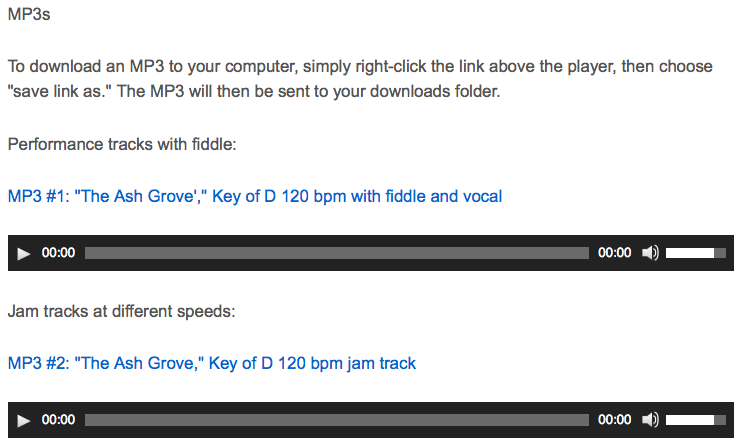 "The Ash Grove" is a traditional Welsh folk song whose melody has been set to numerous sets of lyrics. The best-known version was written in English by Thomas Oliphant in the 19th century.

The first published version of the tune was in 1802 in "The Bardic Museum". The book was written by Edward Jones, a harpist. About 4 years later a version with words appeared, under the name "Llwyn Onn". It tells of a sailor's love for "Gwen of Llwyn." At the end of the song, Gwen dies, and in one version of the piece, the writer talks about him mourning and that she is lying " 'neath the shades of the lonely ash grove."

The tune of "The Ash Grove" is used for the hymn "Let All Things Now Living" in 1939 by composer Katherine K. Davis. This hymnal version resulted in it being included on a number of Christmas albums up through the 1950s; like Jan August's 1955 album "Christmas Favorites" (Mercury Records #MG 20160). It was in use as a hymn long before the 20th century under the title "The Master Hath Come" by Sarah Doudney (1871) and has been updated since in a retelling of the nativity by Robert Cullinan as "On This Night, Most Holy" (1996). Another hymn set to the tune of "The Ash Grove" is "Sent Forth by God's Blessing."