This is an online fiddle lesson for the Old Crow Medicine Show (Ketch Secor) version of "Wagon Wheel."

Video #1: Here is a video of me cross-tuning the fiddle and playing Ketch Secor's version of "Wagon Wheel." 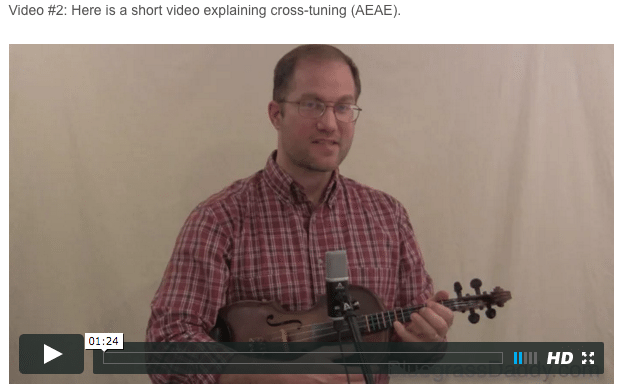 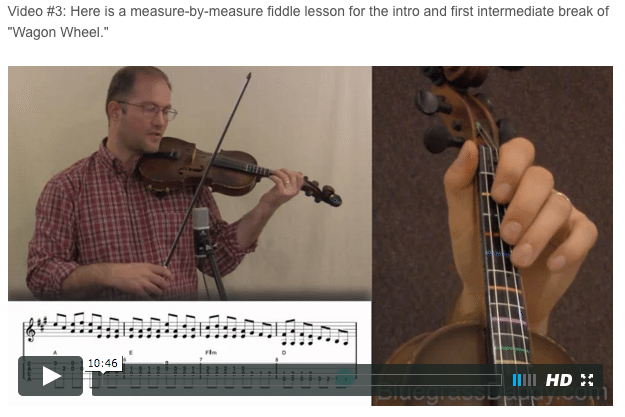 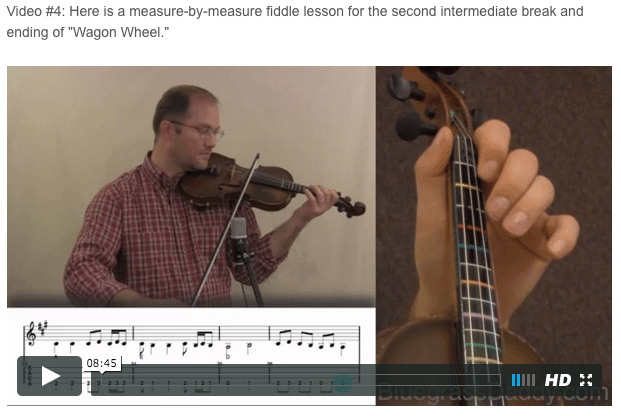 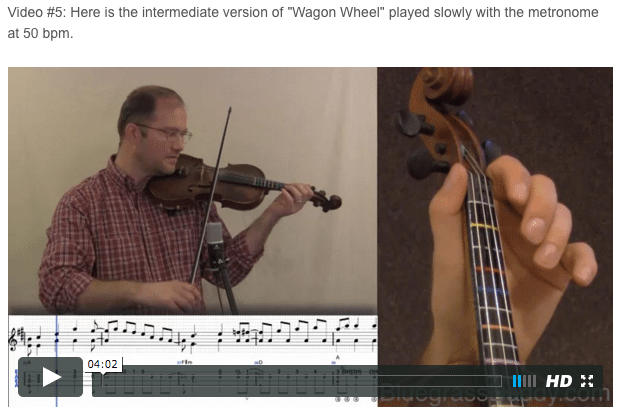 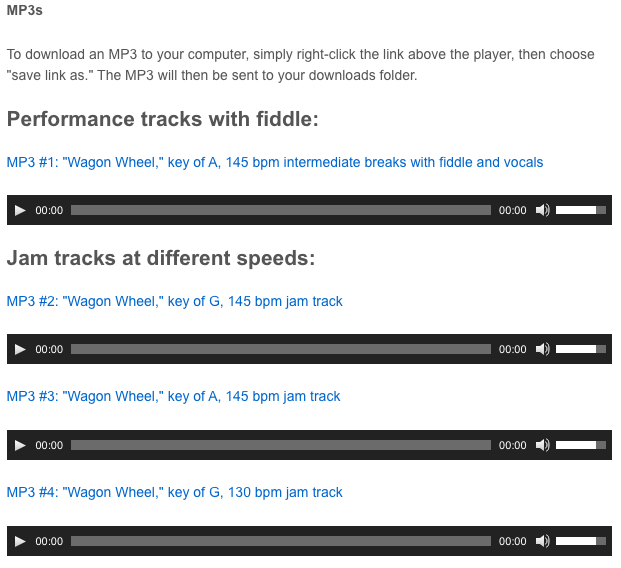 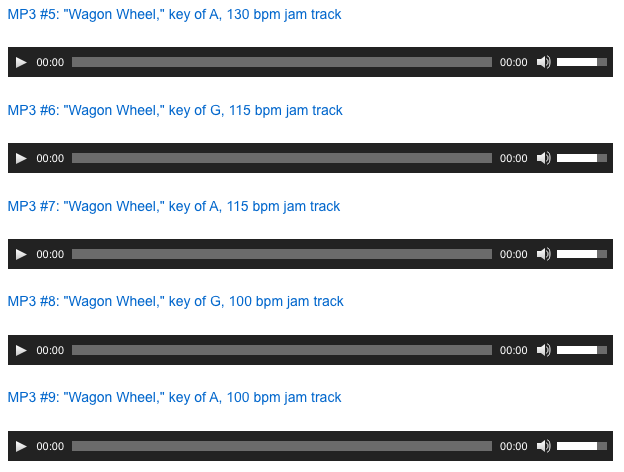 "Wagon Wheel" is a song originally sketched by Bob Dylan. It was later modified by Ketch Secor of Old Crow Medicine Show.  Old Crow Medicine Show's version was certified platinum by the Recording Industry Association of America in April 2013.  The song has been covered many times, most famously by Darius Rucker in 2013, who made it into a number one Hot Country Songs, and English singer Nathan Carter in 2012.

"Wagon Wheel" is composed of two different parts. The chorus and melody for the song come from a demo recorded by Bob Dylan during the Pat Garrett and Billy the Kid sessions. Although never officially released, the Dylan song was released on a bootleg and is usually named after the chorus and its refrain, "Rock Me Mama." Although Dylan left the song an unfinished sketch, Ketch Secor of Old Crow Medicine Show wrote verses for the song around Dylan's original chorus. Secor's additional lyrics transformed "Rock Me Mama" into "Wagon Wheel."

Chris "Critter" Fuqua, school friend and future bandmate, first brought home a Bob Dylan bootleg from a family trip to London containing a rough outtake called "Rock Me, Mama" (from the "Pat Garrett and Billy The Kid" soundtrack sessions) and passed it to Secor. Not "so much a song as a sketch, crudely recorded featuring most prominently a stomping boot, the candy-coated chorus and a mumbled verse that was hard to make out," the tune kept going through Secor's mind. A few months later, while attending Phillips Exeter Academy in New Hampshire, and "feeling homesick for the South," he added verses about "hitchhiking his way home full of romantic notions put in his head by the Beat poets and, most of all, Dylan."

Never officially released, besides the melody, only the chorus (or refrain) comes from the Dylan outtake:

Secor's verses tell "the story of a man who travels from New England, through Philadelphia, PA and Roanoke, VA, down the eastern coast of the United States, ending up in Raleigh, North Carolina where he hopes to see his love." They contain a geographic impossibility: heading "west from the Cumberland Gap" to Johnson City, Tennessee "you'd have to go east." Secor explains: "I got some geography wrong, but I still sing it that way. I just wanted the word 'west' in there. 'West' has got more power than 'east.'" The Dylan outtake, generally titled "Rock Me Mama", came out of recording sessions for the Pat Garrett and Billy the Kid movie soundtrack (1973) in Burbank, California.