This is an online fiddle lesson for the Christmas song "Winter Wonderland."

Video #1: Here is a video of me performing the Christmas song "Winter Wonderland." 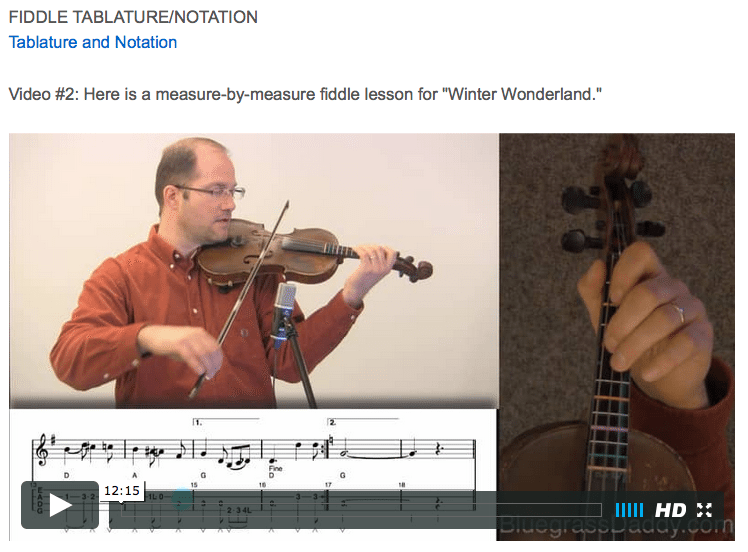 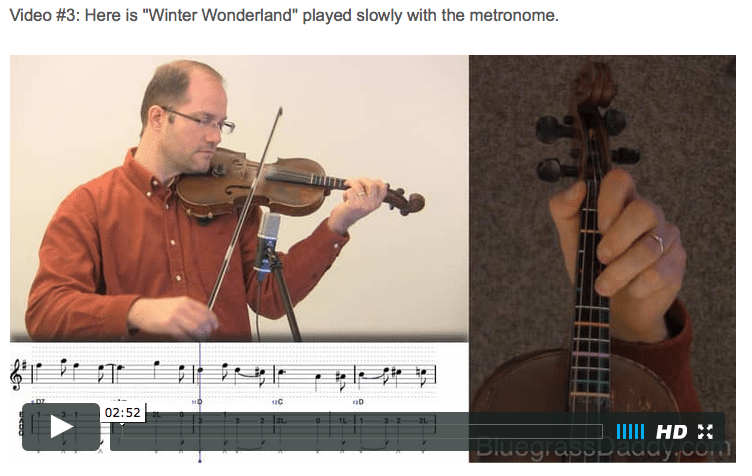 "Winter Wonderland" is a winter song, popularly treated as a Christmastime pop standard, written in 1934 by Felix Bernard (music) and Richard B. Smith (lyricist). Through the decades it has been recorded by over 200 different artists.

The original recording was by Richard Himber and his Hotel Ritz-Carlton Orchestra on RCA Bluebird in 1934. At the end of a recording session with time to spare, it was suggested that this new tune be tried with an arrangement provided by the publisher. This excellent "studio" orchestra included many great New York studio musicians including the legendary Artie Shaw. The biggest chart hit at the time of introduction was Guy Lombardo's orchestra, a top ten hit. Singer-songwriter Johnny Mercer took the song to #4 in Billboard's airplay chart in 1946. The same season, Perry Como hit the retail top ten. Como would record a new version for his 1959 Christmas album.